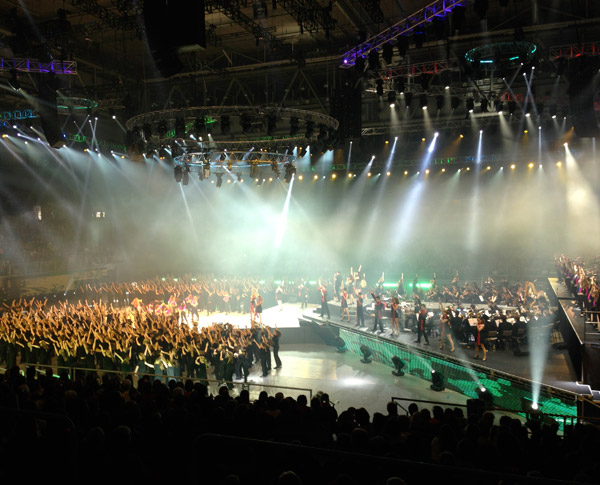 For the past week, theatre has taken over my life.  I have become a taxi driver, taking my eldest daughter to daily rehearsals in the city, at Hisense arena.  Thousands of parents, from across the state, have been doing the same.  Saturday was the culmination of all the months of work, with 2 performances of the Victorian State School Spectacular. 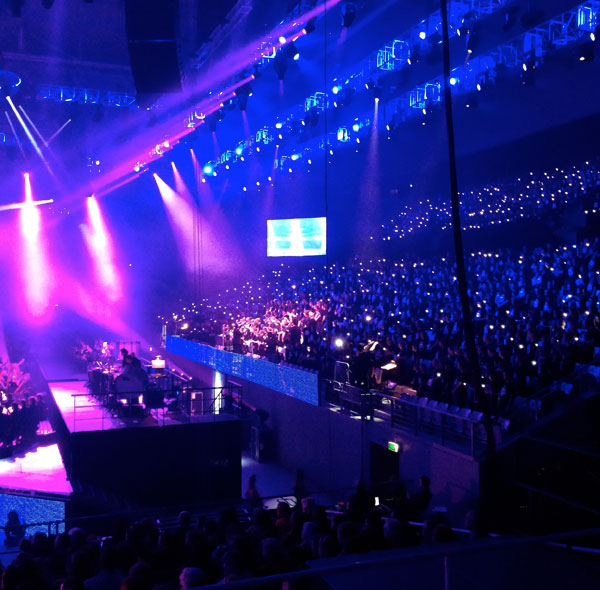 Amelia is a member of the Performing Arts Unit Choir, a choir of about 30 kids that lead the rest of the mass choir, which is made up of many seperate school choirs.  She was sitting at the front of the group that you can see, that is lit up in pink, at the centre of this shot.  All the people around them, with little lights, are members of the mass choir.  Amelia has committed every Saturday afternoon to this choir all year, and they sounded terrific. 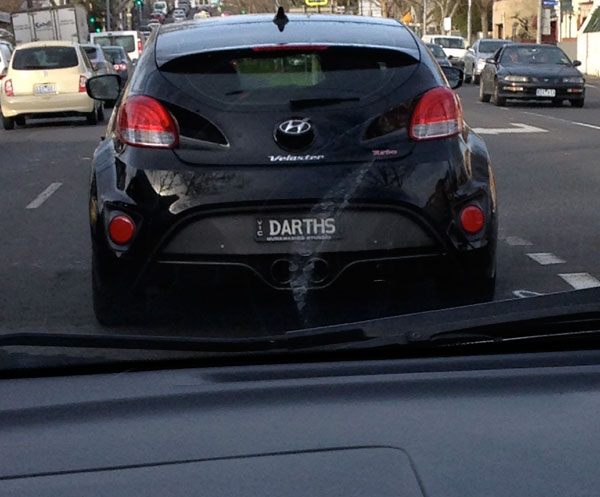 Our commitment has been to drive her every week, and in the past week, every day.  On one particular day, I drove three return trips to the city, and racked up 5 1/2 hours of driving!  A highlight of these lengthy peak-hour trips was seeing this car.  I got Amelia to take a snap, because I knew Rory would love to see it. 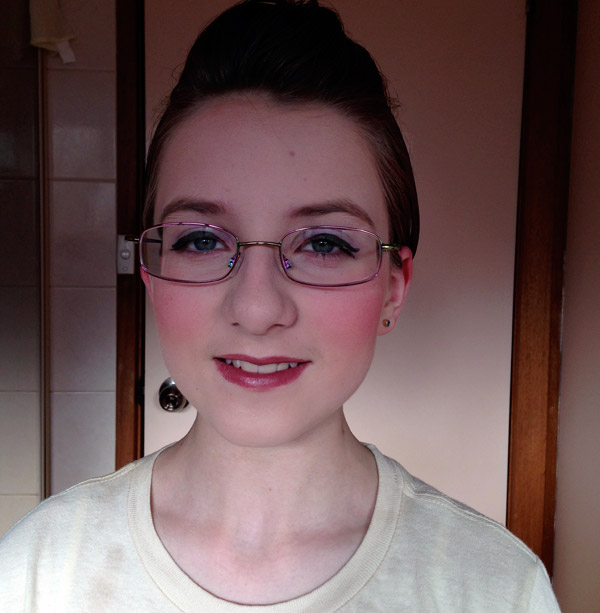 The Spectacular performances are not the end of my job as a taxi/Theatre-Mum. Every day this week Amelia has a rehearsal or performance of her High School Production.  That’s right, 2 solid weeks of singing every single day for Amelia, which means two weeks of driving at odd hours for me.  This morning we covered new territory for both of us, when I applied her first lot of stage make-up ever.  I was pretty glad that the school had given very specific instructions regarding what to apply and where.  I think we did OK.

Due to all the driving and late nights, I haven’t had much creative energy, but I really needed to reward myself in some way.  I decided that following someone else’s pattern was the best kind of distraction, so I have been making another of Nikki’s fabulous A-Line Skirts.  This time I have drafted my own pocket, and have inserted it with french seams.  Even though I have made it in stolen moments here and there, I am almost finished, just the hem to go.  I can’t wait to wear it, and show you.

Leave a Reply to Robyn in The Rat Cancel reply