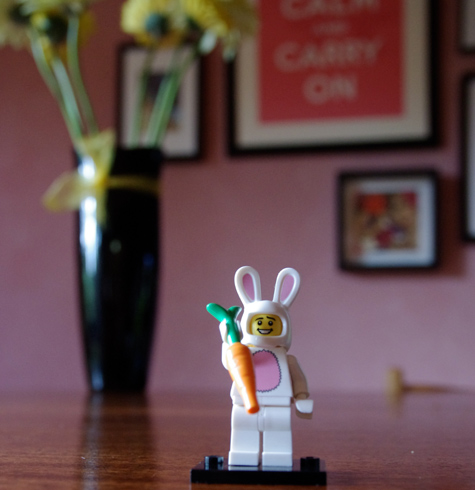 I was reading somewhere recently that a Hipster is someone that always wants to be ahead of the trend, enjoying something all on their own, ahead of everyone else.  Hipsters tend to move on when people saying “hey this is cool” start joining them, because they want to find the “next cool thing”.  Nerds, on the other hand, revel in being part of the pack, all saying to each other, “isn’t this cool”, “how awesome”.  Nerds enjoy belonging.

I really liked that definition.  I am a nerd. 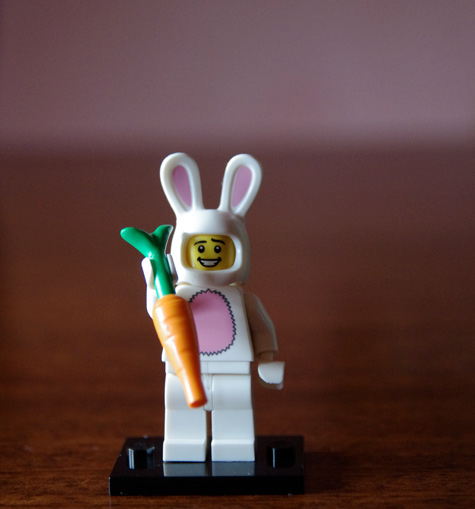 For my birthday, Luke and the kids gave me an ipad2, a collection of grammar posters from “The Oatmeal” and this “Man in the Bunny Suit” Lego minifigure. I was very excited about all of these presents, (see I told you I was a nerd) and especially touched that Luke and Rory spent quite a bit of time in Target, feeling every minifigure pack, until they thought they had found the “Bunny Suit Man”.  Amelia had told them that I had mentioned a wish to add him to our family collection.  We now have a full window ledge, with 25 minifigures. 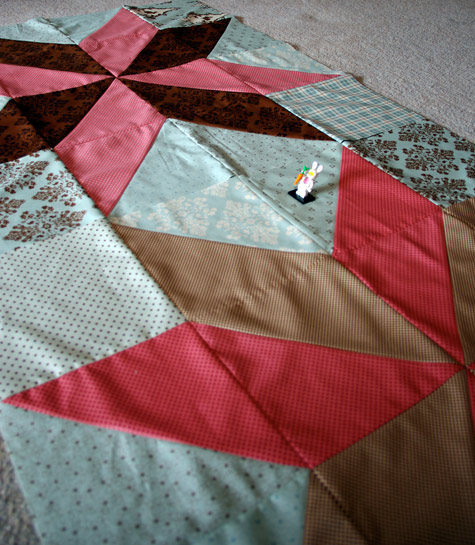 Lately I have been working on a baby quilt, made with extremely large, 32″ blocks.  I have been using the 10″ squares from a layer cake as a starting point, with 6 additional fat quarters, (cut into 10″ squares).  The layer cake contained just aquas and browns so I added the pink for extra girlishness.  There will be just 4 blocks that make up the quilt.  While trimming the half-square triangle units to size, I made a cutting error.  I used some of the “lazier” words in my vocabulary to express my feelings at that point. 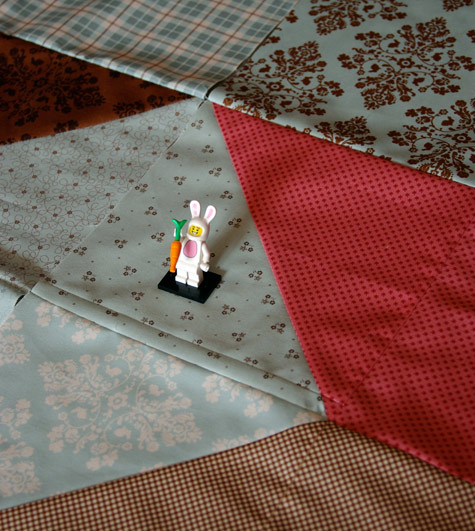 I had accidentally removed an extra half inch strip, and only had 1″ scraps to repair my mistake. “Man in the Bunny Suit” is pointing his carrot at my “cutting error” repair.  I think I did a pretty good job at fixing it.  He gives you a little idea about the scale of the block too. 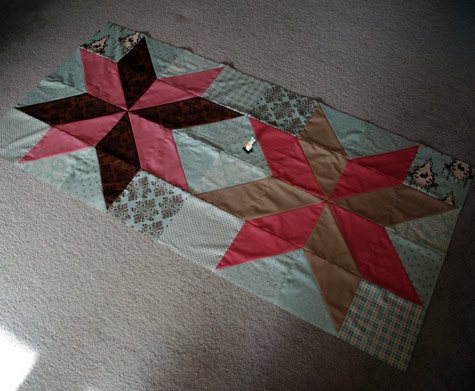 The moral of the story is to never trim your block when you are on the phone.

Have you ever made a similar “cutting error”?

One thought on “Nerd”