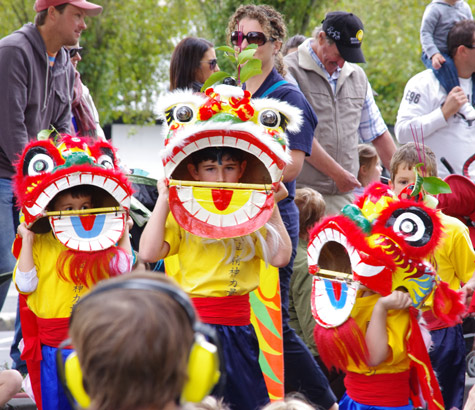 This Easter we all went along to enjoy the Bendigo Easter Parade, which I have written about before.  I love the way that the Chinese culture is firmly established and embraced by this parade, (The parade first featured a Chinese section in 1893) down to the smallest participants. 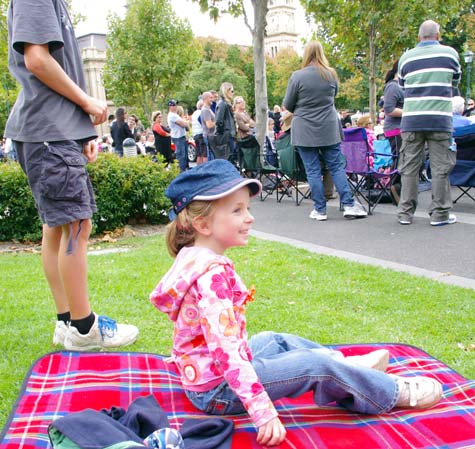 We arrived early enough to get a very comfortable vantage point, which was on a grassy little hill, (and even though it doesn’t look like it in this photo, we could see very well). 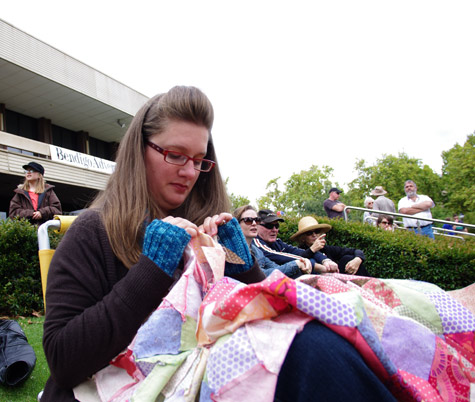 I was pretty happy to get there early to wait, it just meant more time devoted to my Wheel of Fortune Quilt. 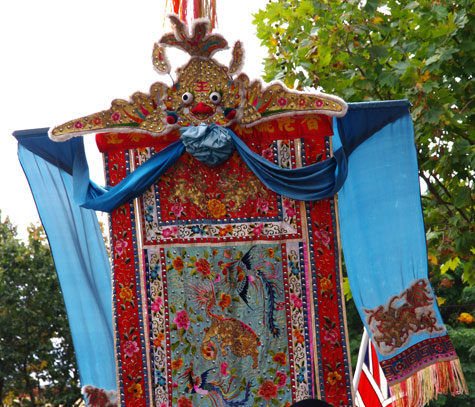 There was eventually plenty of other textile inspiration to oooh and ahh over. 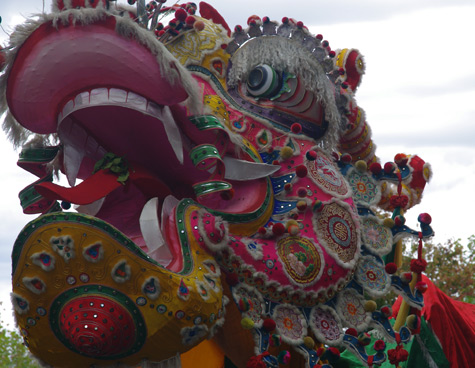 Luke, got this great close up of the head of  Sun Loong, the worlds longest imperial dragon. 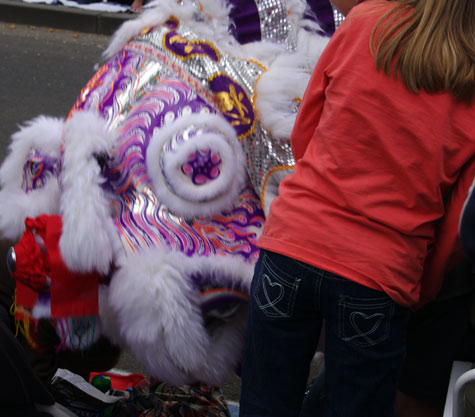 The highlight of the parade (for us) was not really captured on film very well.   You will have to imagine that under the fluff and sparkles is an excited little girl.  Michaela was “swallowed” by one of the one-man Chinese Lions.  She didn’t stop laughing, and jumping for glee for several minutes.

There has been plenty of other school holiday fun in the past week, and not much crafting, which is as it should be. The kids return to school tomorrow, so I may have more sewing to show you soon.  Are you able to keep up with making things when your kids are home?