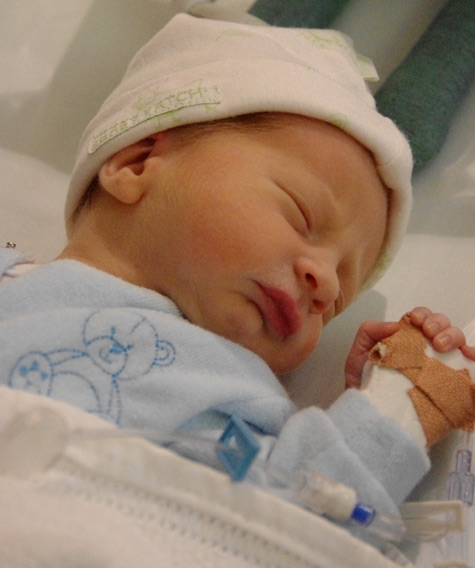 Meet Arden David, my brand new nephew.  He was born on Tuesday afternoon, weighing in a 2.3 kg (5 pounds 1 ounce).  He spent his first 24 hours in the NICU, after some initial difficulties, but had just joined his mother again on the ward when we arrived to visit yesterday. 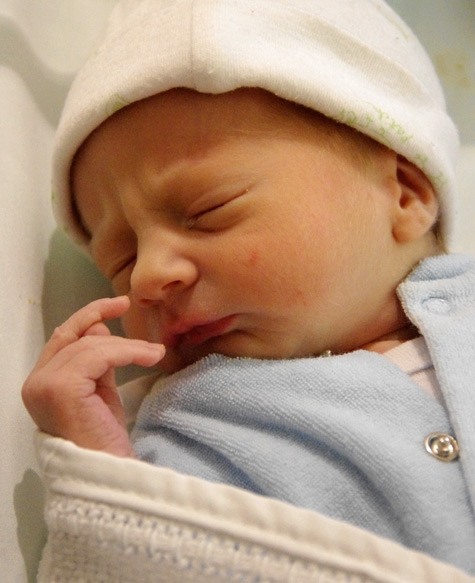 Only Mum and Dad (Liz and Julian) have had a cuddle at this stage, (due to his time in the NICU)  but my kids all enjoyed having Arden hold their fingers, in that lovely way that babies do.  Rory is particularly chuffed that his new cousin is a boy.

Arden has an unusual set of parents, in that both of them are from a pair of twins.  What was lovely about our visit was that I arrived, (Julian’s twin) at the same time as Jill (Liz’s twin).  It was kind of nice that it worked out that way.

At the moment, I am fairly overwhelmed with emotions, and especially with the notion that all babies are a precious gift, and such a miracle.