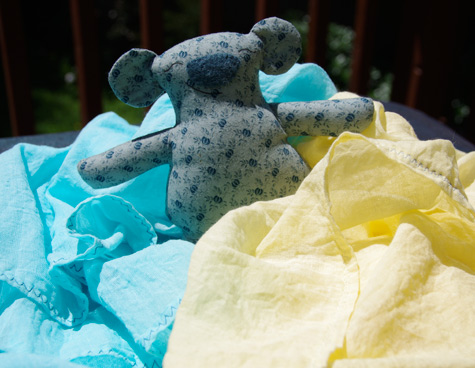 I am lucky enough to be an Aunty to 13 nieces and nephews.  Early next year, there will be two more.  One of these will be different to all the others though, because this will be the first niece or nephew to be born on my side of the family.  My twin brother Julian, and his partner Liz are expecting a baby in March.  I thought it was high time I started sewing!

I purchased some cotton gauze (which also gets called muslin here – a name that means different things in different countries) to make into light-weight baby wraps, (for a summer baby) being careful to chose colours that I thought were fairly gender neutral. 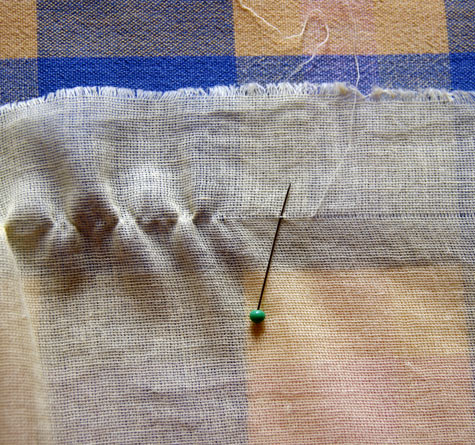 In order to cut them “square” I decided to “true up” by pulling a thread out.  In one corner, the thread started at the top of the cut that the store had made, but by the time it reached the other corner, it was much further down, as you can see in the photo above.  Once I had pulled the thread as a guide, I cut along the line.  I did this for the two sides that didn’t have selvages. 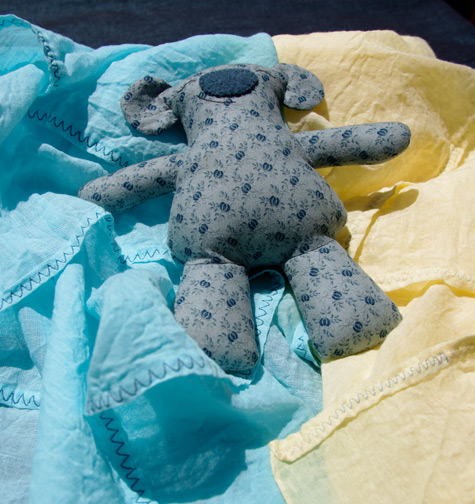 Now that I had perfectly straight, true-to-grain edges, I spray-starched them for easier sewing.  All that was left was to iron over the edges twice (1/4″ each time) and finish them with a fancy stitch.  I used a variegated pastel thread on the yellow gauze and a kingfisher-blue thread on the aqua gauze.

Now I am off to plan some baby quilts…

What do you usually sew for baby gifts?