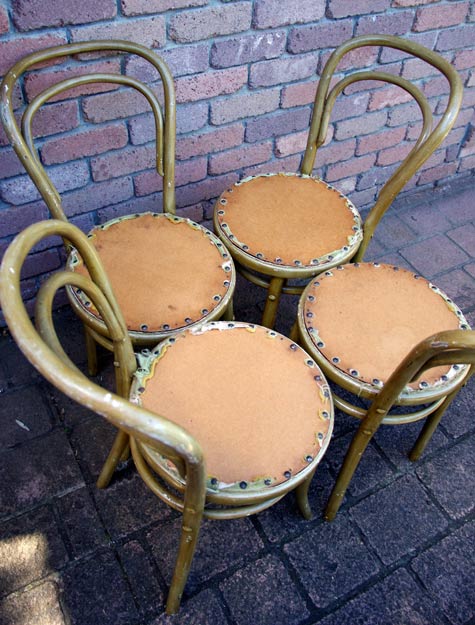 I was driving through the backstreets of my suburb earlier this week, when I saw these chairs sitting forlornly on the nature strip* – a clear indication that they were there for the taking.  They were still there an hour later, when I returned the same way, so I liberated them from the impending doom of hard rubbish collection. 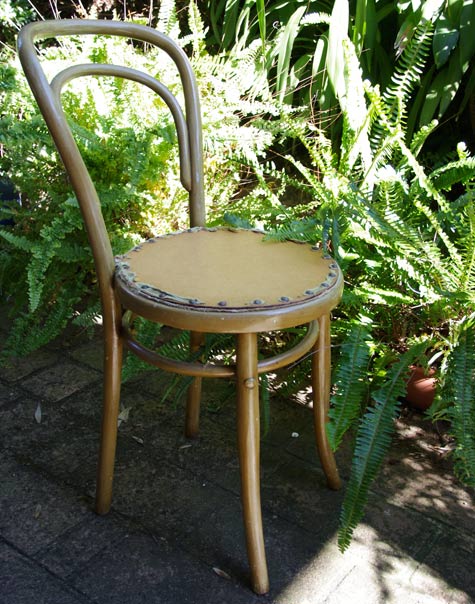 The chairs are very similar to the The no. 14 bentwood chairs by Thonet. Like the more famous chairs, these seem to have been made with woven cane seats, which have been replaced crudely with board, nailed in place and covered with the tattered remains of upholstery. 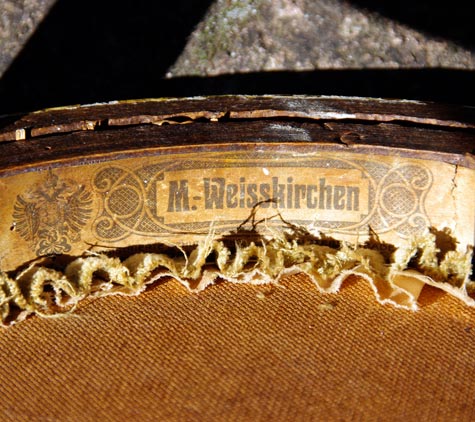 We have been searching all over the Internet to try and find out more about them, especially as the label under the chair seems to indicate they may have been made in Austria, like the Thonet chairs were – Weisskirchen is a place name in several countries.

The coat of arms on the left looks almost identical to one we found connected with Austrian and German Infantry- it looks to be an imperial, Double-Headed Eagle.

None of this tells us how much work is required to fix them up.  We are contemplating what we will do with them. 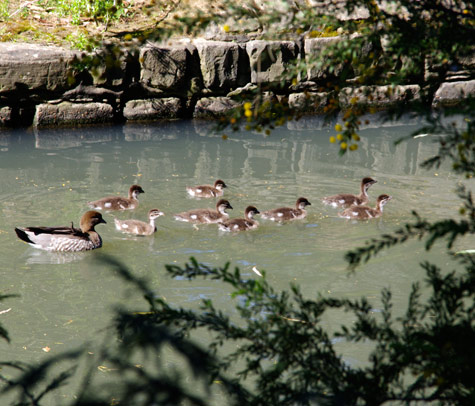 Yesterday was such a lovely day, that we all went walking down by the nearby pond.  There were two sets of ducklings to admire.  These older ducklings above, and seen below, these fluffier, younger ones. 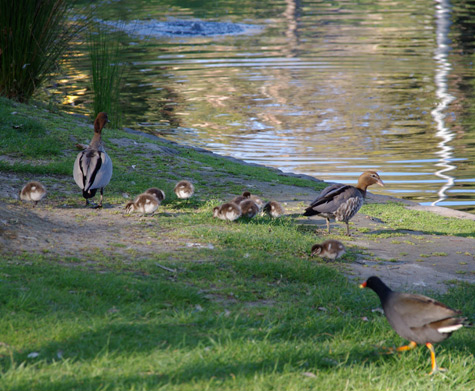 We were careful not to get too close to them – it was my camera that allowed me to “get closer”.  The kids spent quite a bit of time throwing stale breadcrumbs to the ducks, from their vantage point on the footbridge. 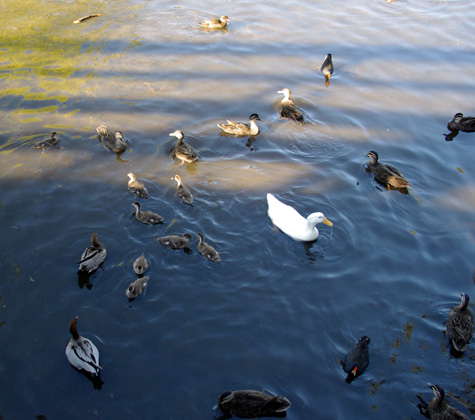 I just love the way the lone, white duck stands out amongst all the brown ones.  We can always see him/her as we drive past the park, from quite a long distance away.

Have you seen/picked up any treasures by the side of the road lately?

3 thoughts on “Side of the Road Treasures”