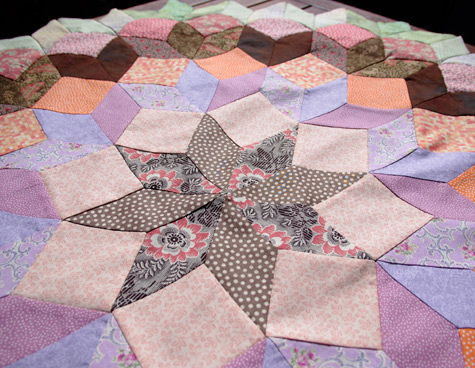 So I have switched the squares in the second ring on my quilt – replacing the yellow ones with the pale-peachy ones.  I am really happy with the result.

It is getting much harder to photograph this quilt in it’s entirety, as it grows.  I am not quite finished with the 7th ring, of green diamonds, but I am itching to get started on the next ring, which will most likely be lavender squares (a bit more blueish than the third ring). 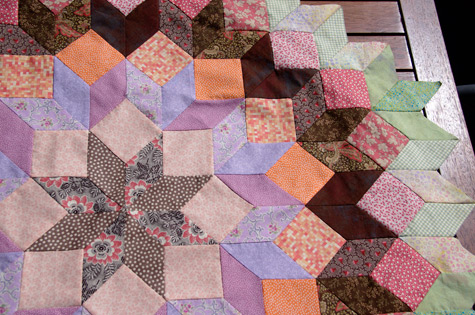 You have to go around quite a way before you can see the effect each ring has on the whole of the quilt.  In a few more rings I will need to have another very dark brown one, I think, for balance.  I have some pretty hot-coral pinks waiting to make an appearance too, and I think they will be as punchy as the orange ring. 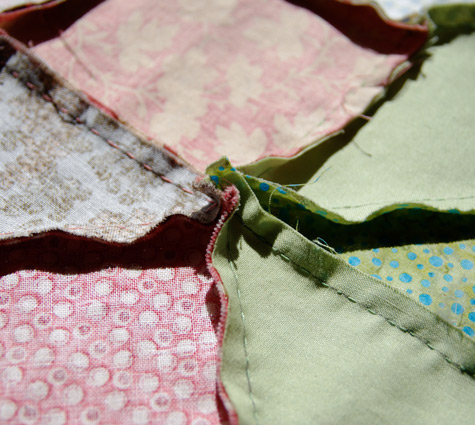 The back of the quilt poses quite a pressing challenge.  When I say pressing, I don’t mean urgent, I mean pressing with an iron!  There are many intersections that are made up on 6 seams. 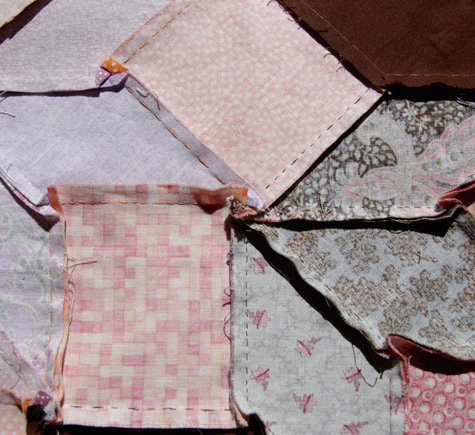 I have pressed all the intersections like this in a circular direction, but not the ones on the edge of the quilt, because I still need the stitching lines, which disappear with the heat of the iron.  These lines are marked with a “frixion pen”, which I picked up at Officeworks.

You may not find talking about pressing seams very interesting.  Well for you I have an interesting article, titled “The secret to success is failure” from the New York Times.  The title is much more simplistic than the article, (as titles tend to be).  It is 9 pages long, but well worth a read – make a cuppa first.  It discusses how people that tend to achieve things in life often have particular character traits that are quite separate from their intelligence, and it ponders how to teach or encourage these traits in children.  Can you teach kids optimism, persistence, self control?

It will get you thinking.  Enjoy.