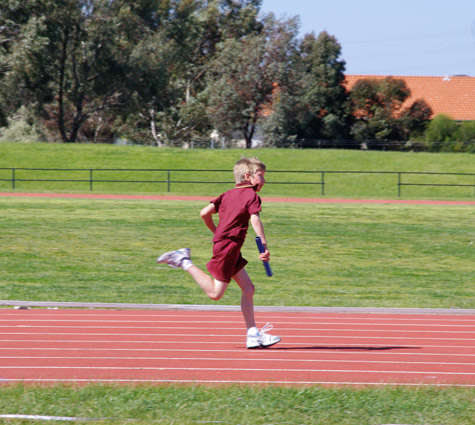 …there has been too much going on, including this – Rory bringing home the 4 x 100m relay in 1st place.

Rory was one of only a few 9-year-old kids, from the school, to qualify for the district athletics.  His relay team will now be going on to compete for the school in the “Zone”. 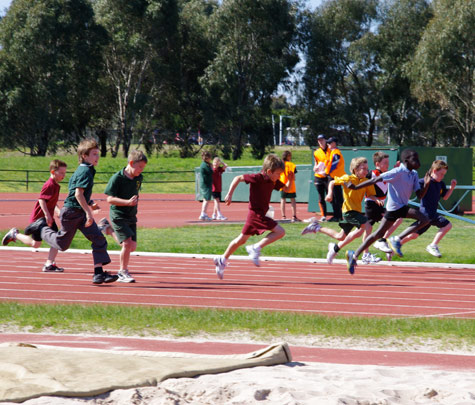 He was pretty impressive in the 100m sprint 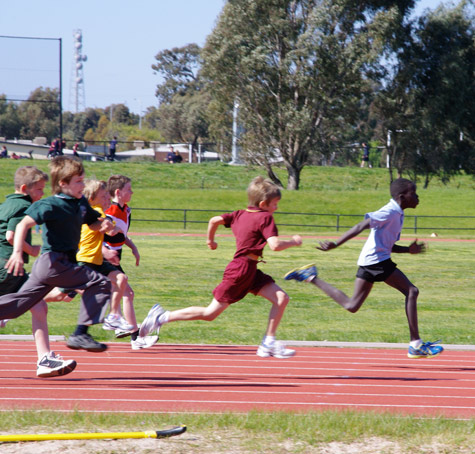 He makes it look pretty effortless, and he loves it.  Running is his idea of fun. 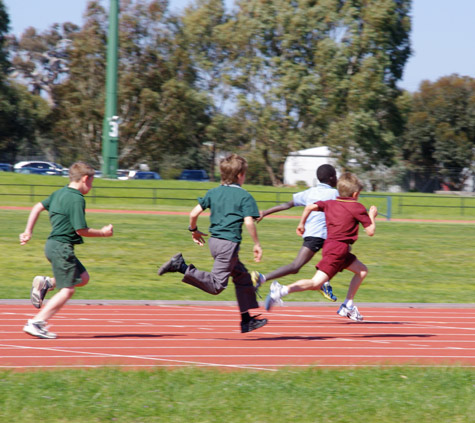 I couldn’t get a shot of the finish, but he almost caught that boy in front – it was very close.  He came in second.

Apart from Athletics, I have been to a 20 year school reunion, and there have been several concerts to attend, including Amelia performing with a mass choir at Federation Square, which was fantastic. 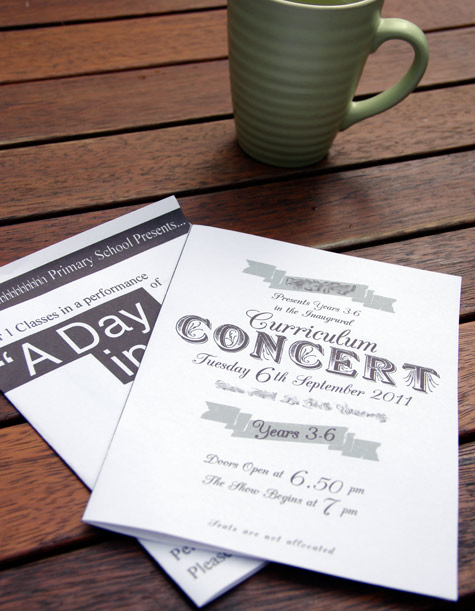 The concerts have also kept me busy on the computer.  I have created tickets and programmes for 3 separate school concerts – not amazing graphic design, but time consuming none-the-less.  If only I could remember to bring my camera to the concerts, to capture my offspring performing. 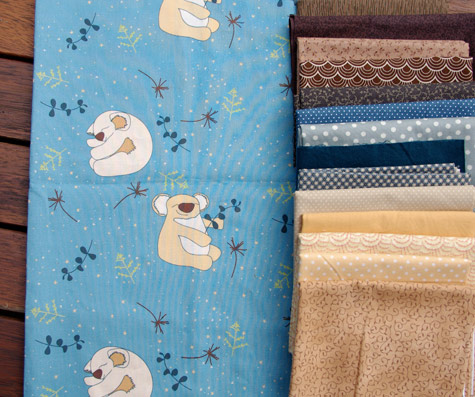 On a creative front, I have not had time for much, except putting aside small piles of fabric for later.  Here is some of my Koala fabric, (that my sister purchased from Spoonflower) with a pile of coordinates we picked out.  At some point I will turn them into a quilt.  Now I just have to find somewhere to store them in the meantime…

Have you got lots of little piles of fabric waiting for you?  What do you store them in?