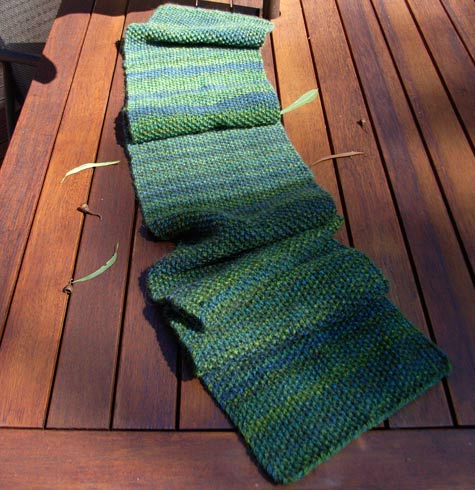 I finished my Mossy Scarf, which has a lovely texture and weight (as it should – I used 6 balls of yarn).  The yarn is Patons “Jet” which is a blend of 70% wool and 30% Alpaca, which I purchased on sale at the end of last winter.  I went back a second time to buy more (I started with 4 balls) because of the reduced price.  The sale price must have affected my brain, because at no point did I pay attention to the dye lots, which I had heard was an important thing to do. 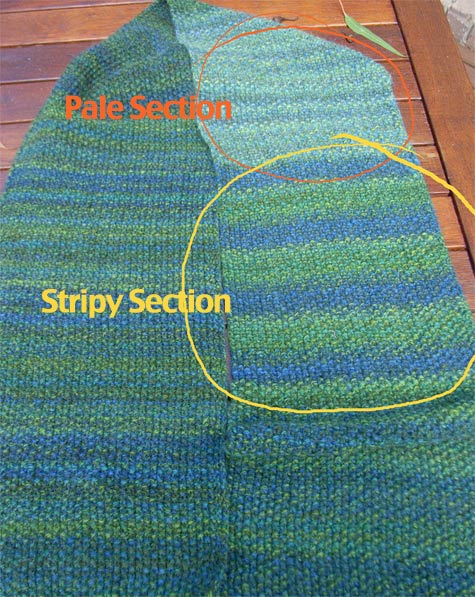 This is how I ended up with balls of yarn from 3 different dye lots.  The first three balls I knitted up happened to be each from a different lot – I didn’t really notice the difference between the first and the second until later, as the colours were quite similar – the second ball just being more “stripy”.  The third ball was much paler then the others, but I persevered.  I convinced myself that it would not matter – this would be the section around the back of my neck.

I mentioned my problems to a friend, who explained how to blend the remaining balls, by knitting two balls at a time, so even thought the remaining 3 balls represented 2 different dye lots, the second half of the scarf looks much more cohesive. 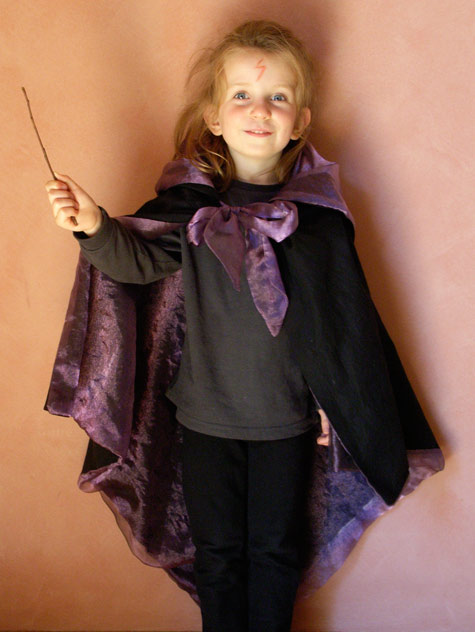 On a completely different note, Michaela has become enamoured with a cape I made for Amelia when she was about the same age.  Recently her big brother and sister saved up and purchased the “Lego Harry Potter” computer game, which finally came out for Macs.  Since then, Michaela has taken to “dressing as Harry” in her spare time – in that she asks for the scar on her forehead to be drawn on with face paint, and wears the cape.  She doesn’t really know what Harry wears, not having seen the movies.  Homemade improvised costumes seem so much more endearing to me then mass-produced and marketed ones.

Tomorrow, when the entries close I will show you my entry for Project Selvage.

So have you ever made a dye lot mistake?

One thought on “Novice Knitters Beware…”