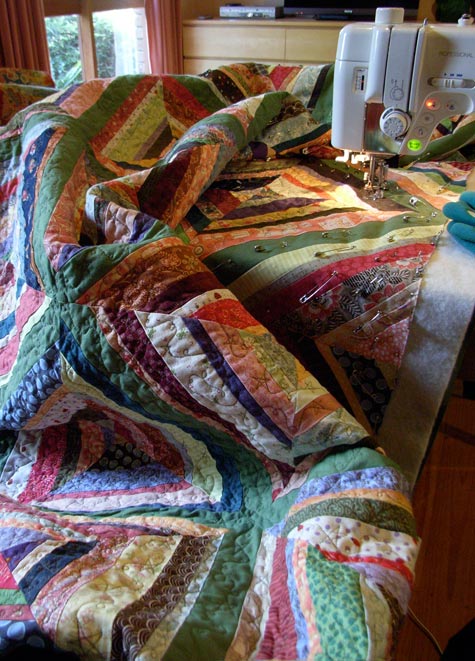 For the past two months I have been doing quite a lot of quilting.  First it was the Fairy Tale Star Quilt, and then I pulled out the rather large “New House” String Quilt that I started in August 2009, when we bought our house.  I think I pin basted it about a year ago, but have not been confident enough to start quilting it. 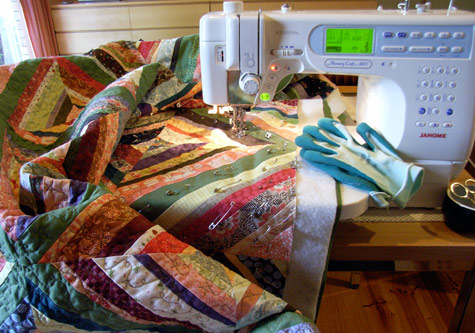 The loan of my Mother’s sewing machine has made all the difference to my confidence.  It is a Janome, Memory Craft 6600, which has a lovely large throat and a huge extension table, a home quilters dream.

It has a built in dual feed foot, which is swung up out of the way when it is not in use, (such as when you are quilting with a free motion foot).  Unfortunately, even thought it was “out of the way”, yesterday I managed to catch the dual feed foot on a safety pin, and I have somehow jiggered up the lever that lifts the foot up and down.  There will be no quilting until it has been repaired.

Luckily my Mother loves me.

Ever broken anything you have been borrowing?