For the past week, we have been in Canberra on a family holiday. We went to see the sights and visit our friends, who moved there back at the start of July.  Unfortunately, we spent most of the visit sick. 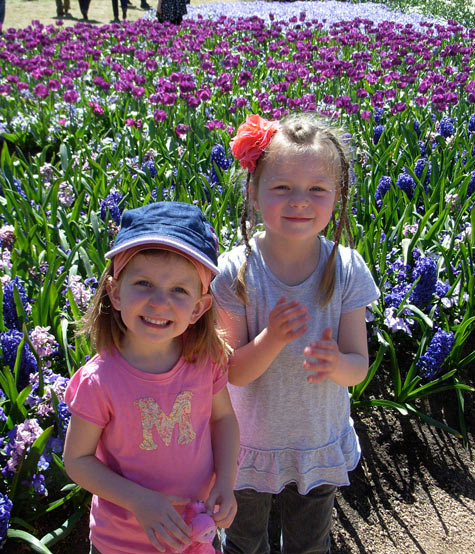 We started out holiday with a lovely day out at Floriade – Canberra’s annual flower show, and celebration of spring. It had something for everyone. The weather was perfect, and entry was free! 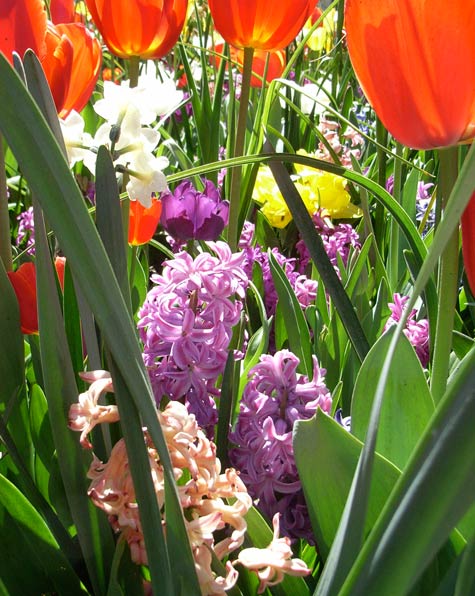 We spent the whole day watching buskers, basking in the sun, and visiting different tents; containing all kinds of displays and shops. The kids loved the tent from Questacon, housing lots of different science and illusion exhibits. 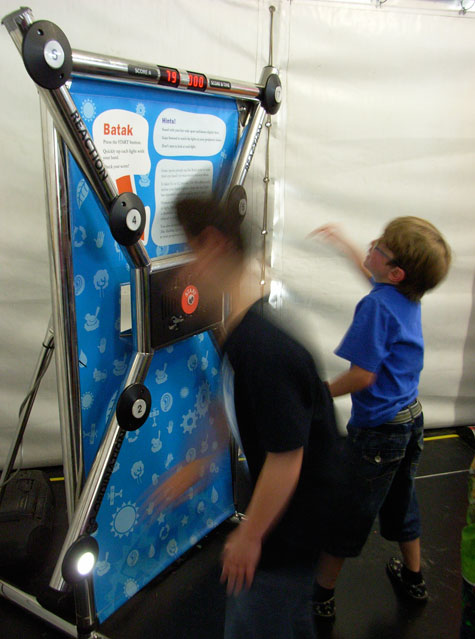 Here are the boys using a machine that tested your reaction times – they tried to beat it by working together.

The next afternoon, when the boys were kicking a football, Rory fell and hit his head on the ground.  He felt really unwell afterwords and before long started throwing up.  We decided that a visit to the emergency room was in order.  The doctors were concerned that Rory had a head injury, and so he (and I) spent a sleepless night in the emergency ward, where he was observed hourly, and they tried to stop the vomiting to no avail. 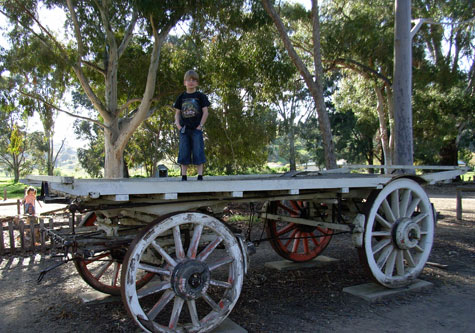 Rory was placed on a drip for re-hydration, which did improve things, but he kept vomiting intermittently, so Luke took over hospital duty, and our girls went for a day with our friends.  By the second night, Rory was improving, but still not keeping food down, so he spent a second night in hospital, this time with Luke, on the paediatric ward. 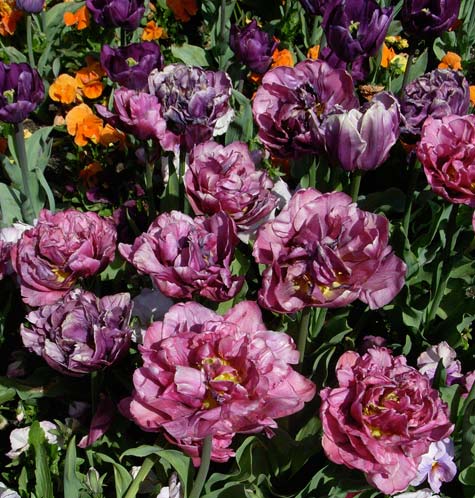 By the third day, Rory was discharged in the afternoon.  Minutes before Luke and Rory joined the girls and I, in our hotel room, I suddenly felt terrible and started throwing up violently.  The head injury was looking a lot more like Gastro!

Within a couple of hours Amelia was also sick, and the pair of us spent “quality time” in bed together, close to the bathroom.  At this point (dinner time) Rory started falling asleep in his meal.  Luke was under strict instructions to bring him back if he became suddenly drowsy.  Even though it was most likely tiredness, from two nights sick in hospital, Luke was advised (on the phone) to bring him back.  Back to hospital they went for night number three. 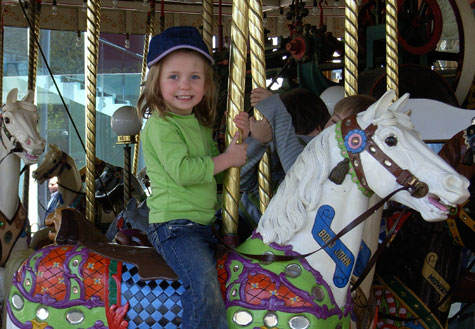 Michaela was the only one of us to sleep through that night – the rest of us were too miserable/sick/uncomfortable.  Eventually Rory was discharged again, and Amelia and I emerged from our sickbeds.  For our final night in Canberra, I had fresh sheets delivered for Michaela and Luke (I was trying to contain the Gastro, as we had been switching beds a bit).  The kids were all put to bed, but Michaela was soon crying – she was covered in a rash, wherever her body had been touching the sheets!  She had some signs of rash earlier in the week, which I had put down to some artificial colours in some lollies, but I think it was a reaction to the detergent in the sheets all along, and the fresh set were more strongly laden with the stuff. 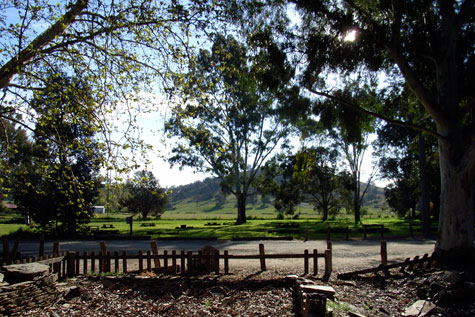 By this stage we just wanted to go home.  I put Michaela to bed, wrapped in our beach towels, and we all slept, ready for our last morning in Canberra.  We tried to revive the holiday by spending the morning at Questacon, the only place the kids were desperate to visit.  It was a great success. 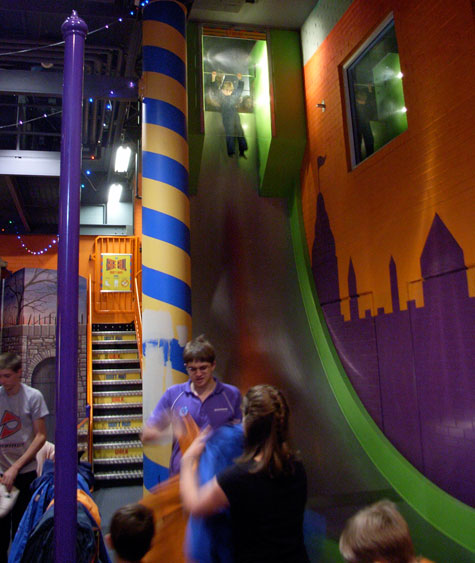 The highlight was Rory’s drop from 6m high on the “Free Fall”.  You actually only drop a very short distance, before the slide (which starts of vertical and ends horizontally) catches you – it is designed to make you feel weightless.  Amelia and I were not really well enough for this type of experience, and Michaela was too small, but Luke also had a go.

After Questacon, we took off south, bound for Wodonga on the Victorian border.  The accommodation was great, but sadly Luke’s turn had come, and we both had another sleepless night – his much more miserable than mine.  The next morning, after a late check-out, we limped home, pleased that our holiday was over! 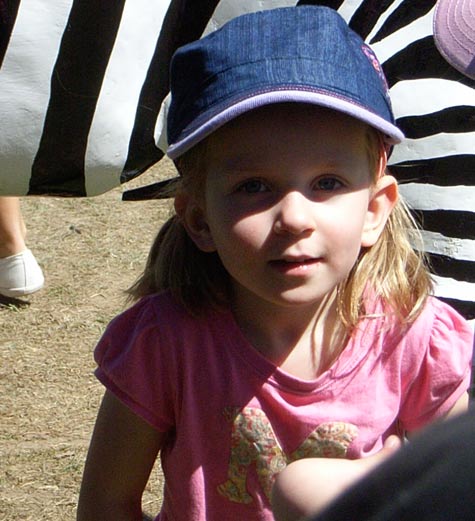 So Michaela was the last one standing, and two days later, is still well, with no sign of Gastro.  Now that you have read all the way through my horror holiday story, do you want to share yours?

6 thoughts on “The holiday we spent in our nation’s capital’s….”