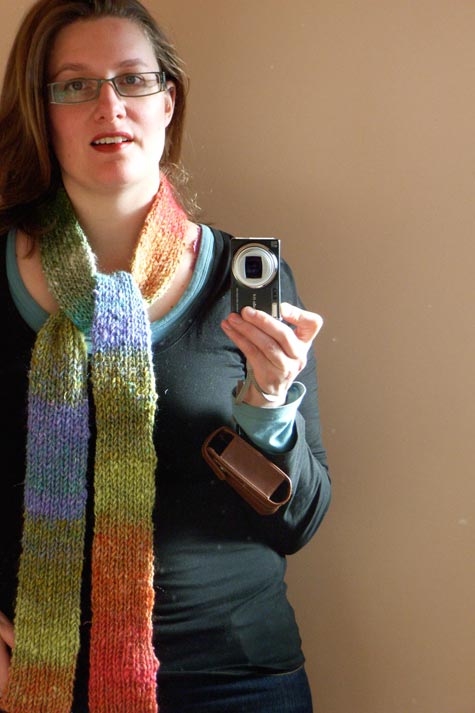 Yes it is skinny, but that means you can actually see all the colours in the scarf.  The re-knitting has also allowed me to cut the knots (one half way through each of the two purchased balls of noro) and re-knit each of the 4 sections in a better order, to facilitate a smoother progression of colours – fussy aren’t I (bit wordy too).  The only sudden colour change now happens behind my neck (coral pink to dark green) where I don’t have to look at it. 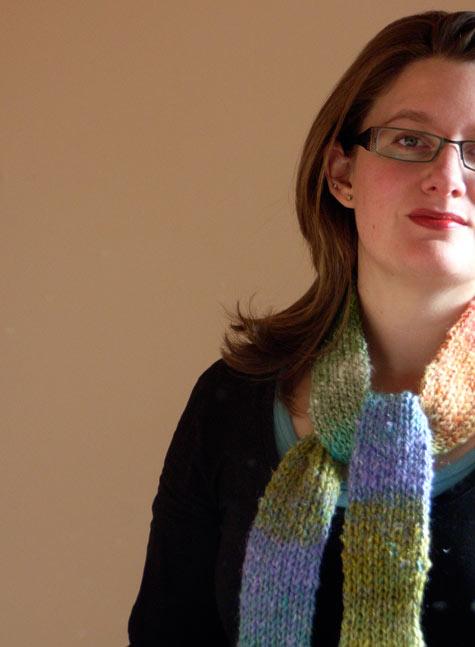 Taking a photo of yourself is quite tricky isn’t it- especially without a tripod and timer.  I quite like this one, but of course, it doesn’t show all the colours in the scarf.  It does show one of my favorites though – that periwinkle blue colour that actually got hidden in the wider, shorter scarf I knitted up first (and second). 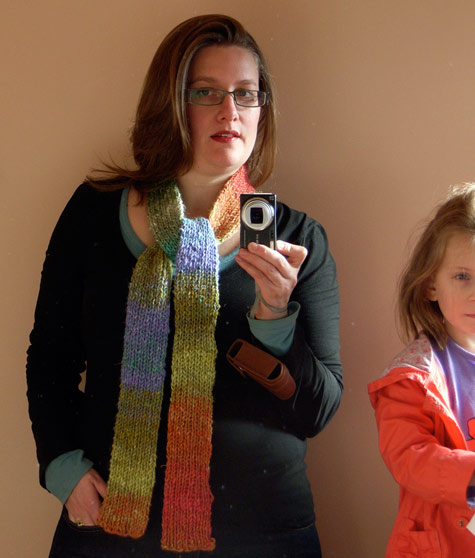 In the interests of truthful reporting – this is what it was like, taking the photos.  That’s Michaela, standing on the toilet, trying to sneak into shot, and directing my efforts.  She is not really interested in staying in the background. 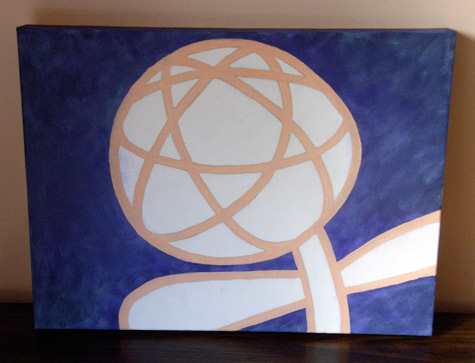 Speaking of backgrounds, I’ve painted one.  There is quite a few layers to go, but so far it has been fun.