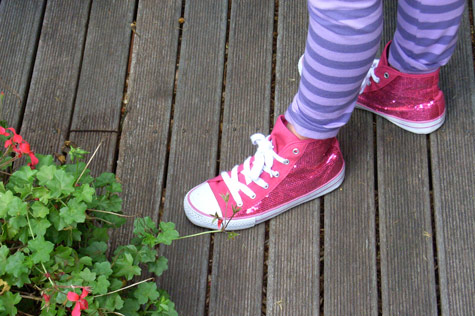 Lots has been going on in my world that hasn’t made it onto the blog.  Some good and then some of the other kind.  Rather than bang on about my dramas, I thought I would cheer us all up, with a look at some sequined high-top sneakers – because what could be cuter or happier (don’t tell me they are not practical – I don’t care, they ooze happiness). 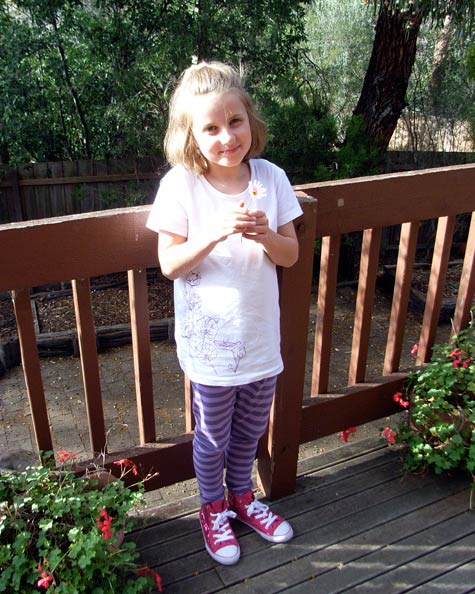 In fact, check out Amelia’s whole look, which I wish I could still pull off.  Sadly, what is cute on an almost-10-year-old is probably a little bit “mutton” on a mid-30’s-type.  Mutton or not, I would probably buy those shoes if I saw them in my size, but instead I will have to live vicariously through my daughter – because that is a healthy way to deal with life, no? 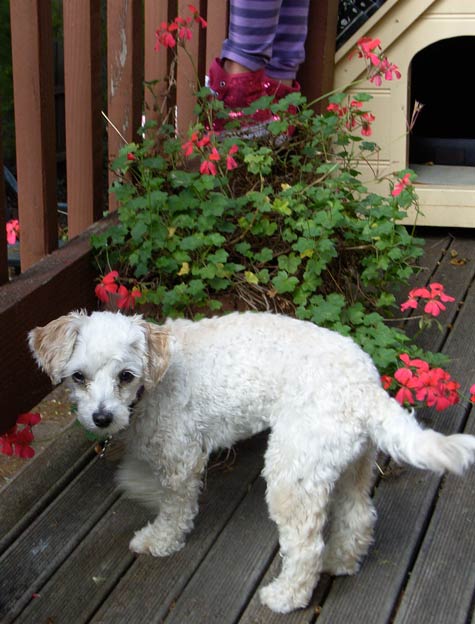 Speaking of reliving my youth (we were), Amelia is in the choir at school, which is performing this weekend in an ABBA concert with an ABBA tribute band.  The event re-inacts ABBA’s last concert, which involved Swedish school children.  We have been listening to nothing but ABBA “Gold”, all week.  Did you know that Australia had a play list, on that album, that was different to everywhere else until 2008?  We had “Ring Ring”, “I Do, I Do, I Do, I Do, I Do” and “Rock Me” rather than “Super Trouper”, “I Have a Dream” and “Thank You For the Music”.  I know because I had to be careful which one I downloaded from iTunes – we needed “I Have a Dream”. 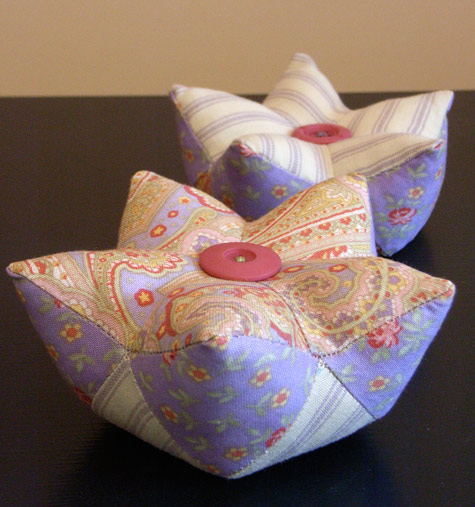 Some of my recent crafting has been for presents – here are a pair of the pin-cushion sized biscornu that I made for a friend.  I have just acquired some upholstery weight fabric to try making these up in a footstool size, so stay tuned for that – it is going to take a fair bit of stuffing, and a really long needle!

Now I am off to go sing some more ABBA at the top of my lungs – “I don’t want to talk……, about things we’ve gone through………..” What’s your favorite ABBA song?

(Mine’s “The Winner Takes It All” – today anyway).

8 thoughts on “Sequined Hi-Tops and ABBA”