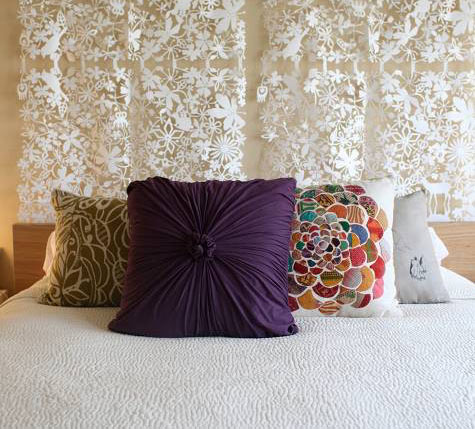 I have been obsessed with this image since I saw it on Design Sponge back in February.  More specifically, I am in love with the multi-coloured, multi-petal flower, on the cushion on the right.  For a while I tried to find out more about it from my stitchy friends…”Is this a traditional pattern?”….”Have you seen this before?”…to no avail.  About a month later, Anna Maria Horner had one peeking out, in one of her photos, and I emailed and asked if it was one of her patterns.

“Purchased at Anthropologie last year”, was the reply.  I have been thinking of a way to do something different, with a similar feel and multicoloured effect ever since. 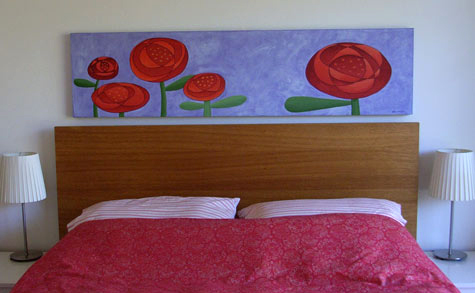 I am working on a concept involving my art-deco-inspired, swirly flowers, 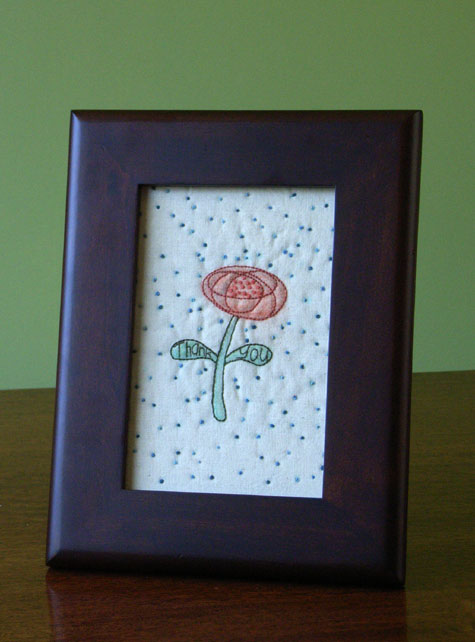 that pop up all over my work.

Other exciting news, that will no doubt result in inspiration, is that I won a giveaway over at murtle and eunice, which means I have a golden green ticket to go to The Stitches and Craft Show in Melbourne.  Thanks so much Tania! As an aside, I just wanted to point out that I was the first commenter on that giveaway, so contrary to popular opinion, the first person to comment does occasionally win!

I am currently studying the timetable for this and that at the show, and consulting the husband on the best day for me to go.  Are you going?