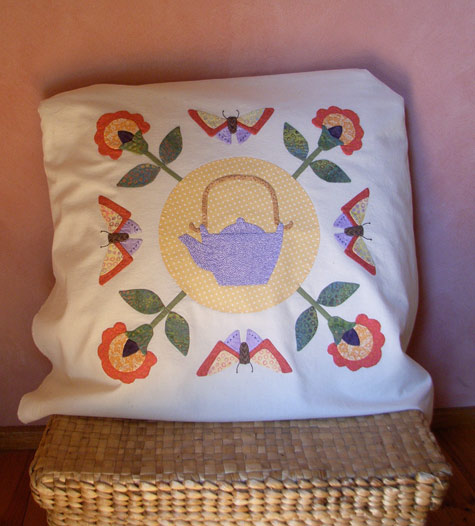 Well that was a much longer blogging break than I expected.  I am still here, and slowly getting back to being creative, which is the best tonic there is for me.

I have finished my “Tea in the Garden” Block (completed with traditional needle turn applique) and the general consensus (especially at my quilting guild) is to turn this into a medallion quilt.

While I was finishing this, I thought I would take some photos to illustrate the method of “Off the Block” applique construction.  This is a technique where 2 or more layers of the applique are joined, prior to joining the applique unit to the background (or Block). 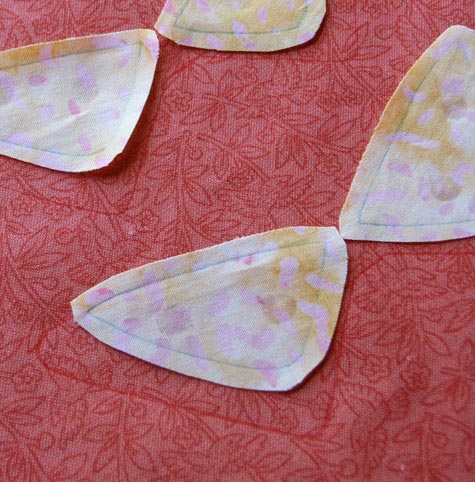 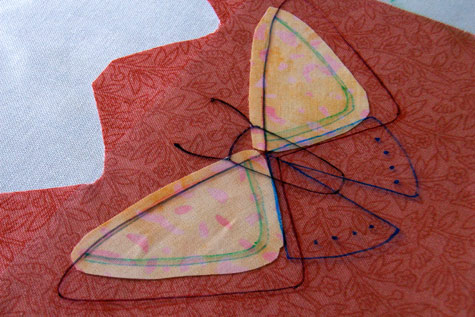 A Positioning Overlay is used to position the wing-spots in just the right place on the upper-wings.  A positioning overlay is a tracing of all the elements in a design, onto something clear – in this case a sheet of Overhead Transparency. 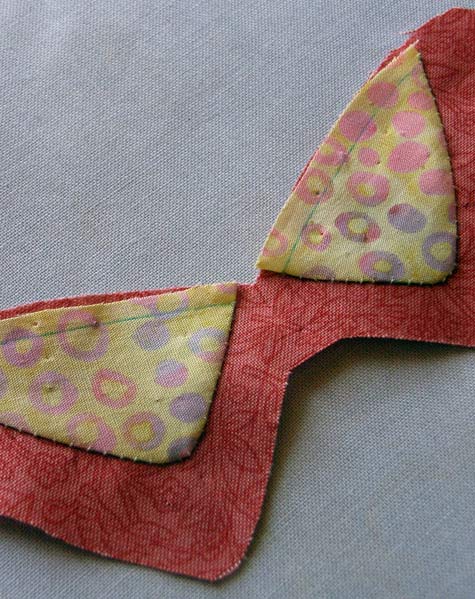 The wing-spots are pinned in place and appliqued on, along the two inner edges.  Next the whole upper-wing unit is cut out, with a scant 1/4″ seam allowance. 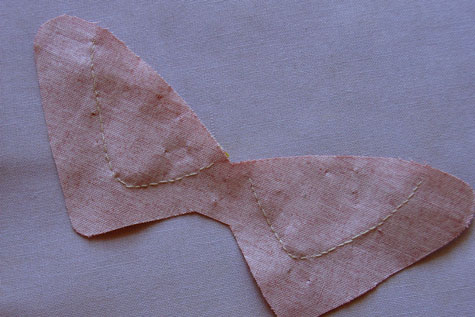 To remove bulk from the final applique, you can cut away behind the top layer. 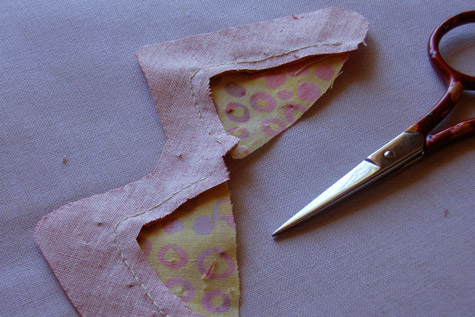 I never cut away the background fabric behind appliques, (as some people do) I think it weakens the finished product – but this does no damage.  The “Off the Block” sewing is now complete. 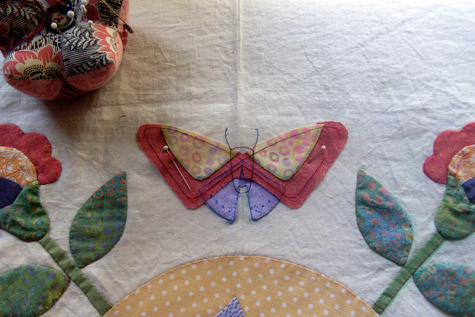 The whole upper-wing unit is positioned onto the block, with the help of the positioning overlay, and the unit is appliqued into place, as if it were a single piece.  The only difference is that there is a change of thread during the stitching, in order to keep the thread colour the same as the applique pieces.

I hope this all made sense – feel free to ask questions if you need me to clarify anything.

If you are interested in Needle turn applique, the best resourse I have come accross is called “The New Applique Sampler” by Becky Goldsmith and Linda Jenkins (the Piece ‘O Cake Ladies) Published by C & T Publishing.

One thought on “Off the Block”