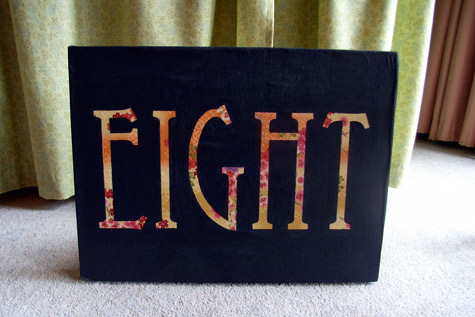 Since we moved into our new home at the end of October, we have already received a couple of packages that were intended for the neighbours on either side of us.  Each of the three houses (including ours) had inconspicuous house numbers that were small or hard to spot.

I have finally found the time to whip up an Eight!  I made our Eight to hang on the front of the house, on a wide piece of wall between two windows.  It would not have looked right with a portrait shaped canvas, but neither would the number 8 all on it’s lonesome on a landscape canvas – hence the Eight spelled out with letters. 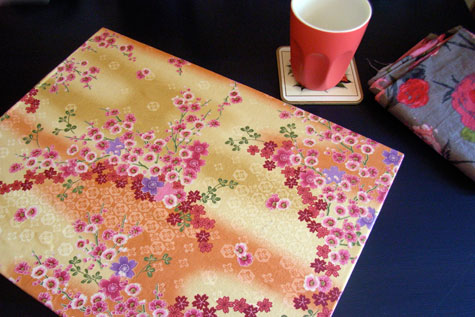 I happened to have this floral canvas hanging around that I had used to decorate the mantle in the old house while we were selling.  I just love this fabric, and I thought it went rather nicely with the bricks.  The first step was to prime the fabric with ModPodge (or other Acrylic Medium/Varnish). 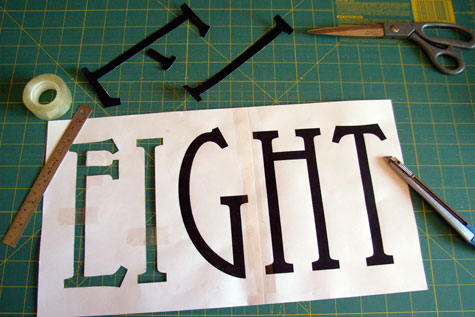 I found a font I liked, (I thought it went well with the floral) printed it onto ordinary paper, and cut a template.  Then it was just a matter of tracing the outline, and getting painting, with a good brush and a steady hand.  I used more of the paint I had left over from painting my new cutting table – a very, very dark blue.

I knew there would be a contrast problem if i just painted on the letters, so I painted out the surround, just like I did for the old house number. 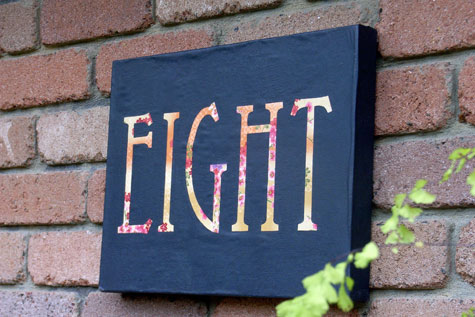 If you would like to try this yourself, have a look here*.  I followed the method called “Fabric Silhouette Painting” that Anna Maria Horner demonstrated on Martha Stewart’s show at some stage – a link I found on Anna Maria’s blog.

My only contribution to this method is a couple of hints.

I have found that giving the fabric a very light spritz with water prior to stapling, allows you to get it nice and taut over the canvas, to avoid wrinkling once you varnish it.  I didn’t quite achieve a snug enough fit with this one, as I had attached the fabric quite a while ago with no intention of varnishing it at a later stage. 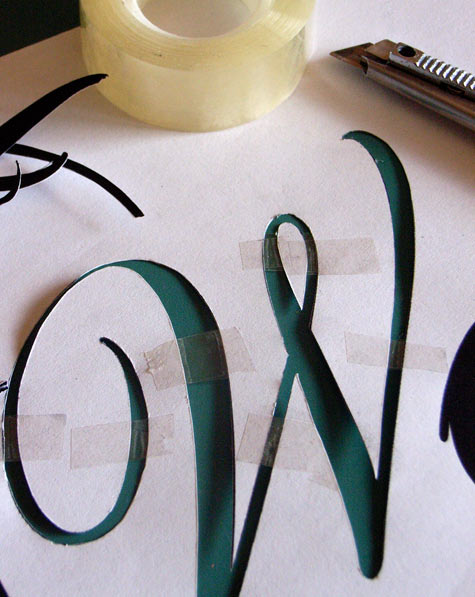 The other hint is about cutting out words (or numbers).  Some letters, like o’s, have a space in the middle that ends up getting cut out, even though you want it there for the stencil.  Others letters you might choose to cut have thin delicate areas that might shift as you trace through the stencil.  I make little sticky-tape bridges to hold these areas in place.  I just cut very thin pieces of tape and apply them on both the front and the back to hold things in place.   In the case of a centre of an O, I cut around half, make a s-t bridge on that side, and then cut out the other and repeat. 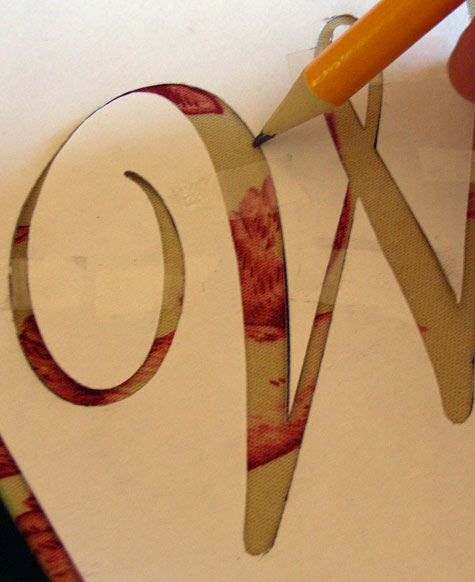 Once your stencil is in placed on the canvas, you can still see through the cut out area for positioning.  Trace the whole area that you can, remove the stencil and join up the lines where the little bridges prevented you from tracing.  You can put the stencil back on to check that you joined it up in the right places.

So that’s how I made my house number, and while I have remained coy about exactly where we live, now you know it is at number 8.

Do you have an interesting house number?

* This link opens on Martha Stewart’s website, with a video tutorial of the “Fabric Silhouette Painting”, but if you click the video closed, there are written step by step instructions behind it.