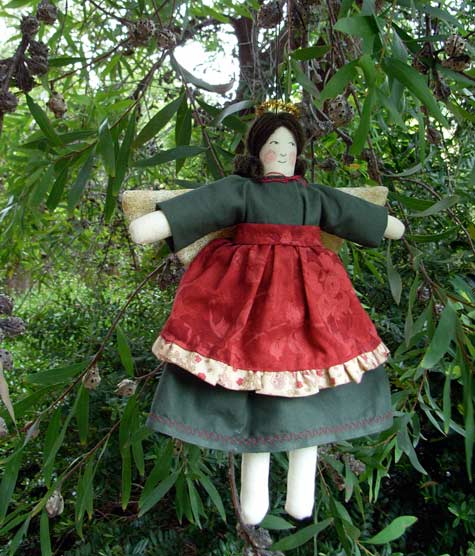 There are so many things I love about Christmas time (carols and ice-cream-plum-pudding especially) but it is also a very difficult time of year for many people.

I am one of those people this year.

My family (of origin) are all a little fragile and heart sick.  My twin brother has been ill since the beginning of June, and spent the bulk of these months in the psych hospital.  Over this time he has been discharged several times, each time too early, and has ended up back there again – usually after going missing because he is confused and ill.  Late last night he was readmitted to hospital, after another period where we were wondering where he was and if he was safe.  He is very, very sick.  We have all lost our faith in the system’s ability to get him well.

His continuing illness is all down to hospital mismanagement, as we know that he can be well on the right level of medication.  If the hospital hold him long enough to get him to the right level, he willingly continues to take his medication and look after himself.  He does not have the skills to do so when they release him early.  We have been extremely lucky that he has not lost his life during one of the periods where he has been missing.  He is confused enough to walk in front of traffic, and in yesterday’s heat (39 degrees C – 102 degrees F) dehydration could have taken him.

I will pull myself together tomorrow, and enjoy my children, enjoying Christmas day, but it will not be the same.  There will be someone missing from our Christmas table, who has missed all the family events in the last half a year.

2010 is going to be a fabulous year, mostly because it will not be 2009.  I am looking forward to new creative challenges – I have plans!  I am generally an optimistic person, and I will regain my optimism.  There are lots of things I am really thankful for, and things are going really well in our nuclear family – it is just hard to enjoy them as much when someone you love is suffering.

So, with the knowledge that Christmas is a very hard time in many families, and the festivity can feel like salt in raw wounds, I wish you peace for Christmas.

7 thoughts on “I Wish You Peace This Christmas”