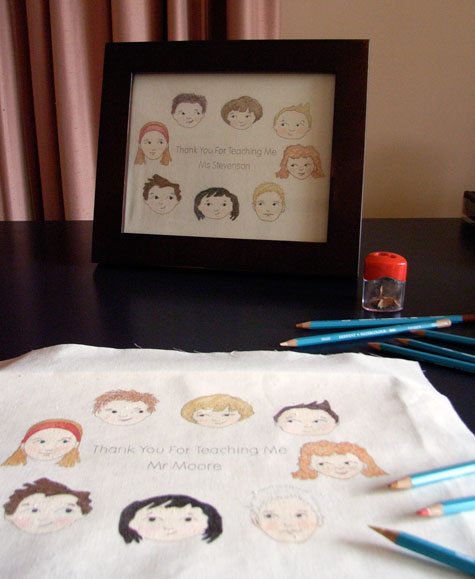 I spent about 2 hours  today colouring in.  Such a calm thing to do as we race towards Christmas like a meteor rushing towards earth, gaining momentum (being sucked into the gravity of the big day).  Christmas time also means the end of the school year here in Australia, and I was colouring in the presents for the kid’s teachers.

This was actually meant to be a little framed stitchery of children’s faces thanking the teacher.  I designed it a little while ago but have not left myself enough time to stitch it up, so instead it became a framed coloured picture on cloth (calico or seeded homespun, I’m not sure which). 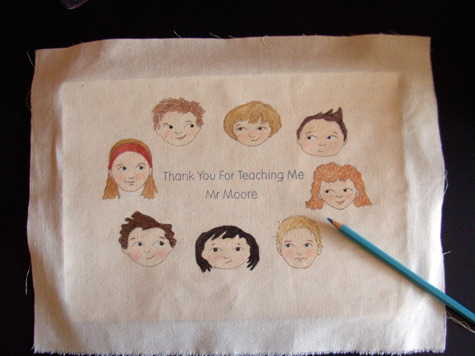 Months ago I drew up a few pages of little faces in my sketchbook.  I scanned my favorites and drew their line work again in Illustrator, so that I could make them all the same relative size.  Just this past week I drew Amelia and Rory to join them, as this is their thank-you to their teachers. 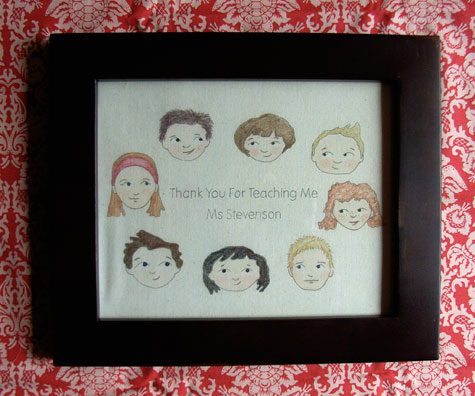 Those familiar with my kids might be able to pick them out, I think I have captured a fair likeness (Amelia is the one wearing the headband – she wears one to school every day, and Rory is  at the bottom right).  I hope the teachers like them, if not they can use the frames for something else ;-).  Now I just have to whip up something for the Kinder Teachers and the Occasional Care Carers (5 more presents).  What is your family giving to the teachers?

4 thoughts on “A little colouring in”