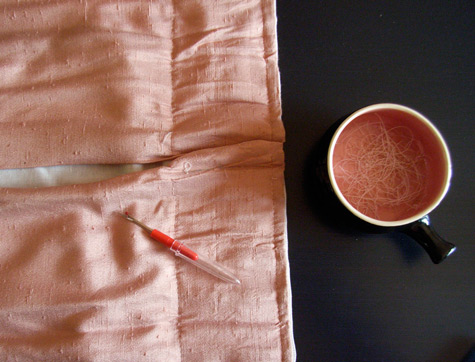 The first Tuesday in November is Melbourne Cup Day, and a public holiday here in metropolitan Melbourne.  “The race that stops a nation” is culturally a pretty big deal here.  Usually we have, or attend a BBQ, and have a sweep with the horses that are running.  We always stop to watch the actual race, after all it only takes a few minutes to be run.  This year was the first I remember where we didn’t watch the race at all.  We were busy working on setting up the house.

I was altering some curtains, and Luke was busy hanging a new curtain track – one that would actually enable the curtains to be drawn all the way back from off the windows. 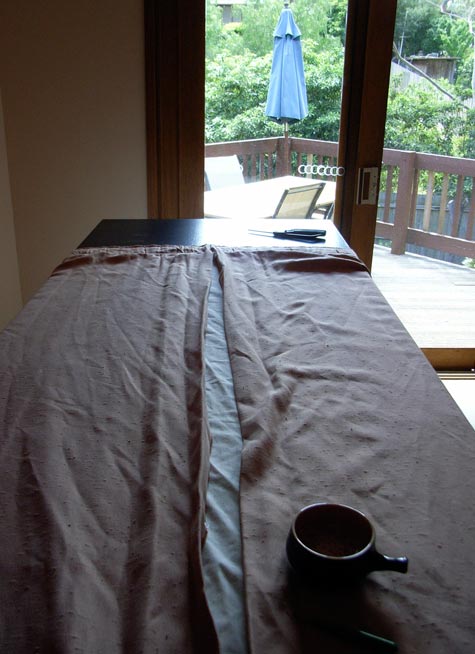 This meant that I had to split them up the middle, and eak out enough seam allowance to finish them neatly.  My as yet unfinished cutting table was very handy. 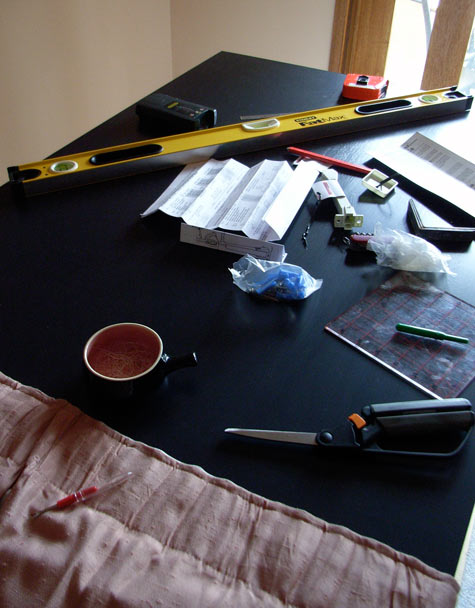 We were both using it – the window in question is at the end of the table. 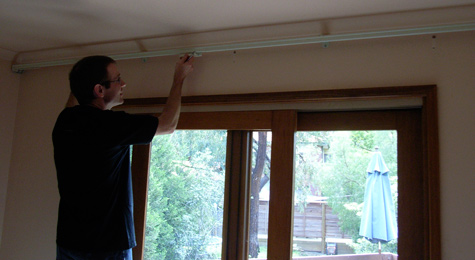 The day we moved in, we tried to open the curtains, and the old track fell down.  It was only as wide as the window, enclosed in a pelmet, and opened in one direction.  This meant that almost half of the window was obscured, even when the curtain was “open”. 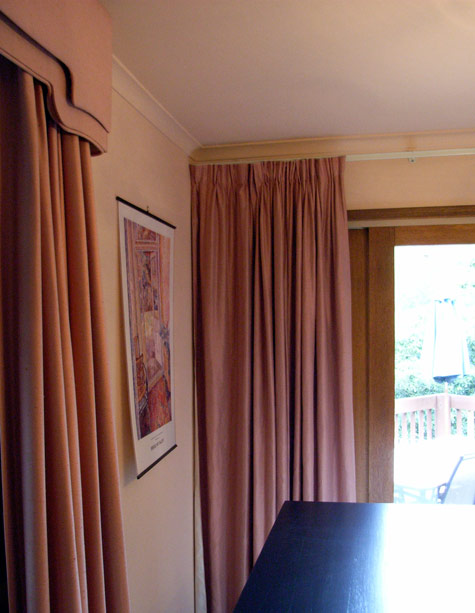 After putting each 4 pronged curtain hook into 2 or 3 of the little pockets each, the curtain had a lot more width, but was still full enough to look OK.  We felt that the sacrifice of the pelmet was worth it to let in much more light (into my lovely sewing area). 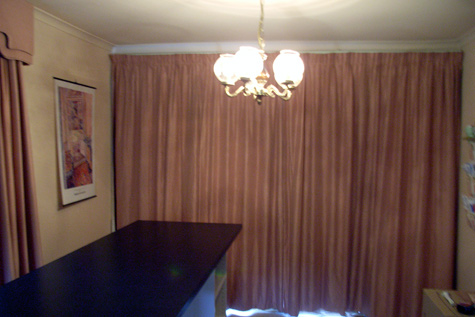 It even looks good closed (although much harder to photograph with the low light cast by the ugly lights).

Now I just have to finish painting the top of my cutting table – I have only done one side-so that I can start creating again.

3 thoughts on “What Horse Race?”