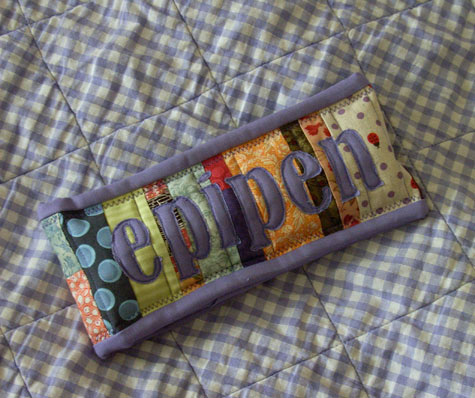 Michaela has always been allergic to dairy products, and we suspected nuts as well.

She was recently referred to an allergist, to determine exactly which nuts and how allergic.  The good news is that she has actually outgrown her dairy allergy.  We found that she is most allergic to Walnuts followed by Hazelnuts,  Pecans and then Peanuts. 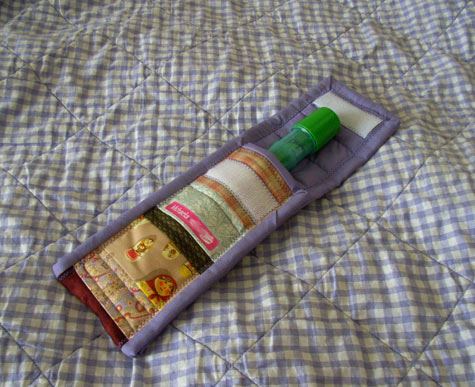 While she has only ever had hives on her face as an indication of her allergy, the allergist prescribed an epipen, in case she is one day accidentally exposed to a large dose, and has a stronger reaction (specifically difficulty breathing).  He thought it was extremely unlikely that she would ever need her epipen, (1 in 1000 in his opinion) but now she has to have one with her at all times, just in case.  She has been prescribed 2 epipens – one for family use, and another for kinder/occasional care. 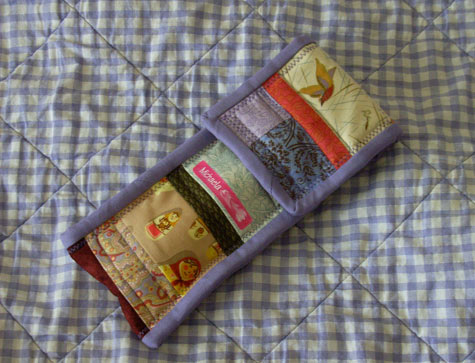 As the epipen should be kept within a certain range of temperatures, they are best kept in an insulated case.  I thought a distinctive one might be helpful, especially at kinder, and later school, where other epipens for other children are also stored.  This is the first one I made – a prototype I guess.  Hopefully I can squeeze in making another one, in the middle of the packing frenzy. 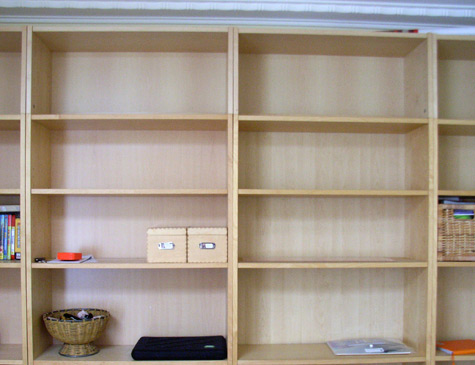 Tomorrow there is two weeks until the move – hence the lack of posts at this end.

We have been busy doing this. 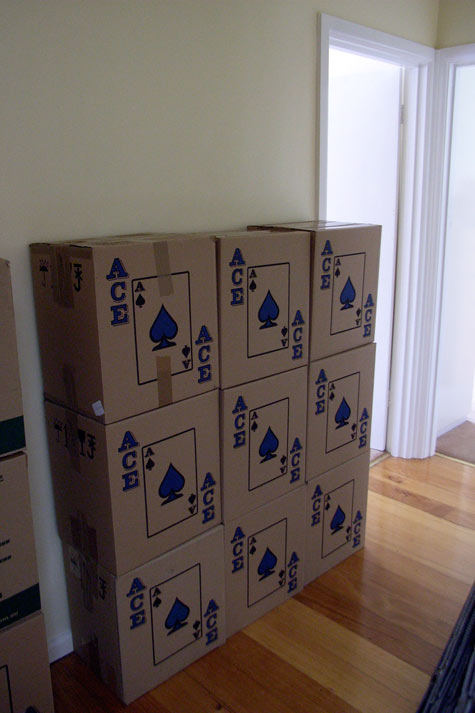