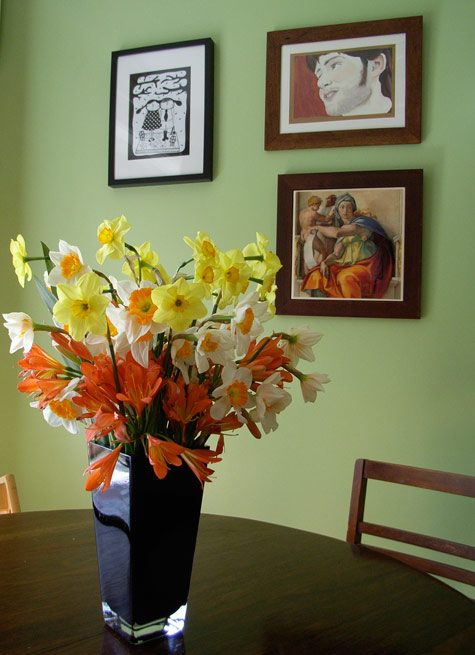 Spring is well and truly in the air here in Melbourne.  Being the changeable city it is (four seasons in one day) there has been some back and forth with cooler weather, but I can feel the overall change on the wind.

These beautiful flowers were put together by “Aunty” Libby, (a much loved almost-family-member) at our Church’s “Spring Fair” on the weekend – she knows me well -she said “These are just your colours”.

I spent the afternoon painting children’s faces – mostly butterflies, and the occasional spider or pirate. When I get the photos from my Mum’s camera, I will have to show your my kid’s faces – Amelia had the most unusual “face” there – she is so imaginative.

My kids had a lovely time, there were pony rides, a handball competition, biscuit decorating and plaster painting.  Michaela even had a chick on her head in the farm area!  There were loads of volunteers, and all proceeds went to charities (not our Church).  Some of the money will be going all the way to an Orphanage in Uganda that the church has been raising funds for, for years. 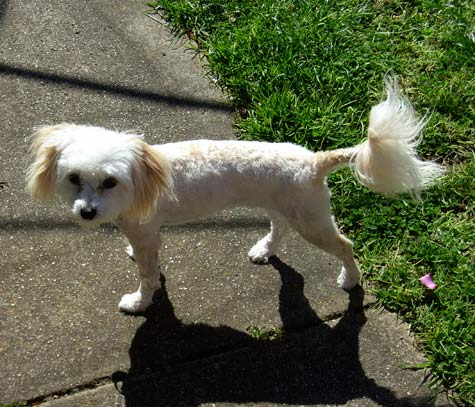 Like Lotta, who has had her winter coat removed, I am well and truly wanting to leave Winter behind.  August was the sickest month in our house that I can remember – there was less than a handful of days when there was not a sick member of the family on the couch – we were at the doctors 7 times in about 5 weeks.  Nothing serious for my household though – the usual winter ills. 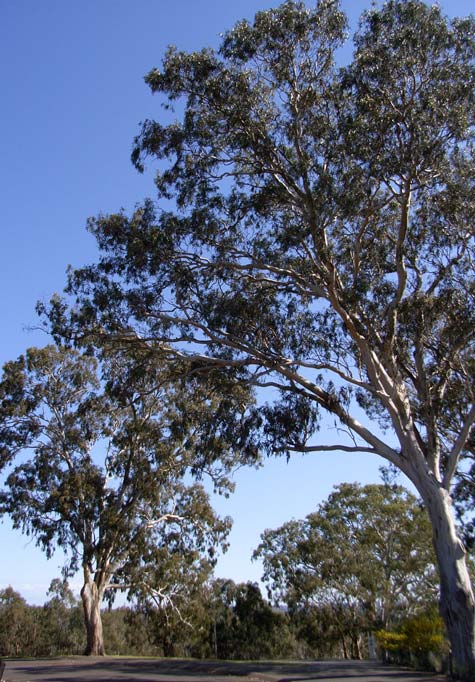 Winter has also been dark emotionally, as my brother has been in hospital for the entire season – hopefully he is getting closer to being well enough to go home in the near future.  My sister had lots of difficult health news too – so we are all wanting Spring to roll on in and bring a fresh new start.

This photo was taken in one of my favourite places – a very large park near home, with hours worth of walking track.  My Mum, Michaela and I visited it last week, on one of the first warmer days.  I am going to make an effort to get outside as often as I can, it really lifts the spirit.

What place really lifts your spirits?