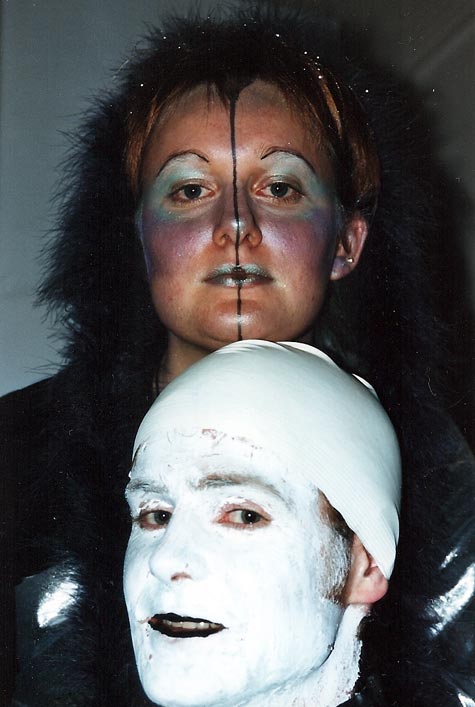 There was a time when I knew how to party – it feels like a lifetime ago – and to combine it with my need to create.  You can see here that I wasn’t the only one.  This Space Party was planned by 3 young design graduates, back when we still had no money, but some time on our hands after work.

Our bestest friend Peter had the party at his share house (where Luke’s brother also resided) but we all planned it together.  We decorated Peter’s place with all sorts of props, which looked much cooler than they do here – it is all about the lighting. 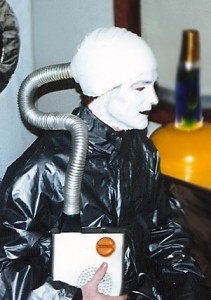 The party was actually lit with a black light (UV light) which made some things look fluorescent, but it was too hard to photograph and the flash makes these photos look like they were taken in daylight.

The black light made tonic water glow in the dark – so Luke was drinking G and T’s against much advice about the evils of Gin.  He was wearing an ensemble that included a swimming cap that was hooked up to the hose from an old fashioned hairdryer.  With thick white face paint, he looked like he was a bald white being, with a tube hooked up to his head.  Sadly, after a few G and T’s, his face paint (which was coconut scented) started peeling off, and he became as sick as I have ever seen him.  I think we still have the remainder of that bottle of Gin somewhere, which has not been touched since. 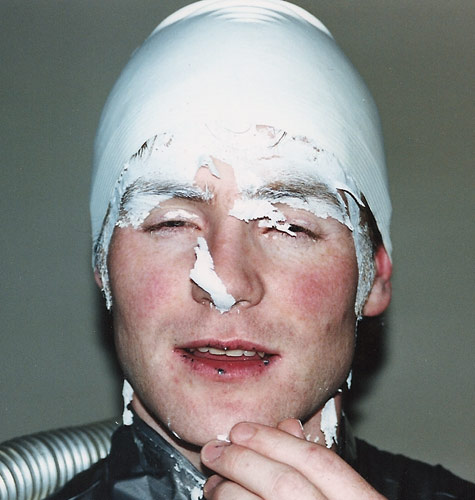 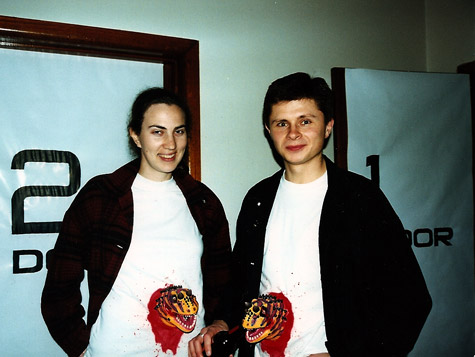 We had all sorts of spacey folk there, but these two had my favorite costumes.  Mark and Ro had exploding alien stomachs. 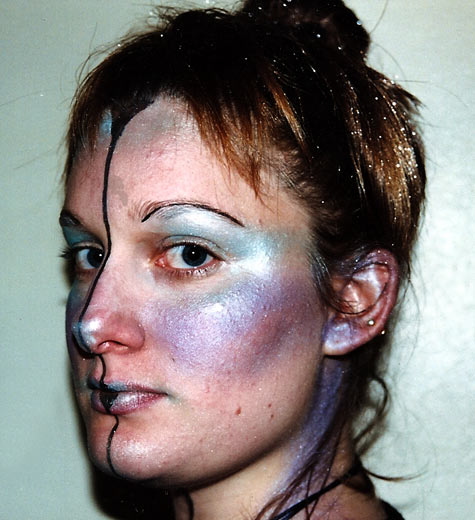 As part of my costume I had quite a bit of makeup on, and sparkly spray in my hair.  I wound my hair up in a high bun on my head and then arranged the ends of my hair to fall down on my forehead like a very short fringe.  I wore some furry feathery stuff on my head that covered up my bun, and when I arrived at the party, early before any other guests, Peter did not even know it was me.  I guess I looked pretty different.

Tell me about your favourite costume at a party – or even better, why don’t you blog about it.