Hello.  Is anyone still out there?

I disappeared for all that time, (a whole 13 days – a record blog break for me) I would not be surprised if you had all forgoten I existed.

I have been really busy, making-up-a-storm, but nothing I can show you, (all secret project stuff) which is so not the way a crafty blog works.

How about I show you what an internet friend (Hi Rachel) has made on the other side of the world -something I designed. 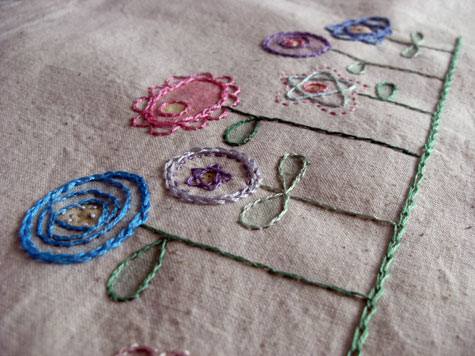 I sent Rachel a little piece of calico, with my design “Flowers from Melbourne” drawn on it.  I designed it back in 2007 for my Uncle and Aunt in Toronto, as a gift for when I visited them.  Rachel has embroidered it in colours that she loves, and this is her first “proper” go at embroidery (her words).  She says she is now hooked – so I have made a convert.  It is quiet strange to see it in other colours, and to know it is on the other side of the world – Lovely!  Well done Rachel. 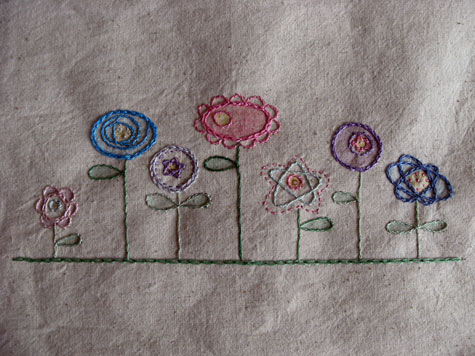 You can see my original here, and read about how I apply the colour to the flowers prior to stitching.

Yesterday we had a lovely day out.  We went to that temple of Melbourne culture – The G (aka The MCG, or The Melbourne Cricket Ground). 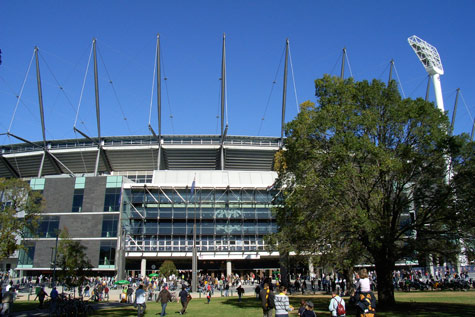 While named (and internationally famous) for the cricket that is played there in summer – it is considered equally the home of Australian Rules Football (the footy) which is a winter game. 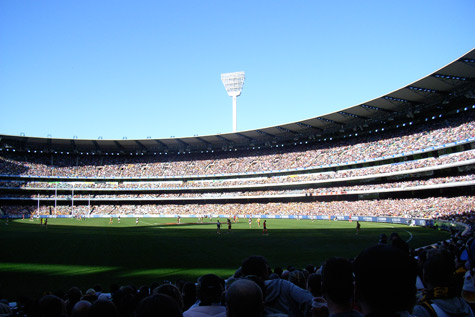 We went there to see out two family teams play – The Mighty Hawks v’s the Blues (can you tell who I barrack for).  Thanks to my Dad (and his Hawthorn Membership), we got superb seats, almost behind the goals, on the bottom level.  There were about 69,000 there – it was a popular game.

We were close enough for Rory to take a photo of his favourite player Lance “Buddy” Franklin (that’s him in the brown and gold).  Not only was the weather perfect (it is often bitterly cold at the footy) but the game was really close and very exciting.  Best of all the right team won – by a whisker – when the final kick hit the post earning a point rather than a goal leaving the Hawks in front -and jubilant.  Luke was not so happy with the result – his face crumpled when he realised that the Blues had lost.

Being at the G was a return of sorts for me.  I had not been for 11 years, since I finished working there.  For 4 years I spent all weekend, every weekend of the footy season, working in the corporate boxes, (and the summer cricket season as well). 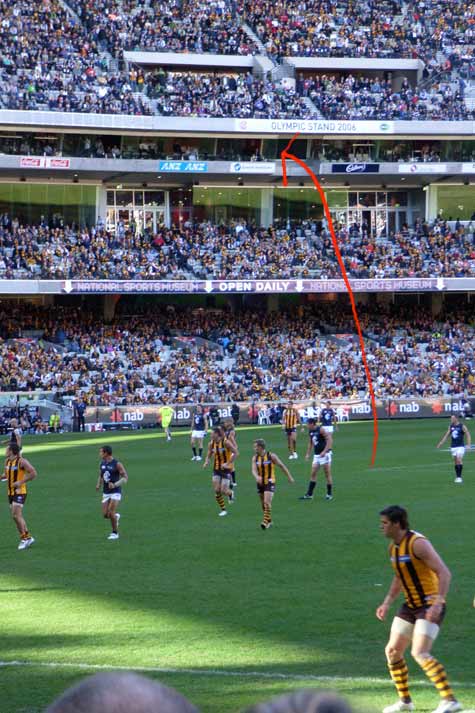 You can see the glassy fronts of them here (follow the red arrow).  I started waitressing in the boxes, but by the time I finished, I was supervising half the boxes in the stand – which meant I did a lot of walking every weekend.

Today was a quiet day at home.   I managed to finish these two little gifts – only one more baby gift to make and we are at the end of the baby boom amongst people we know. 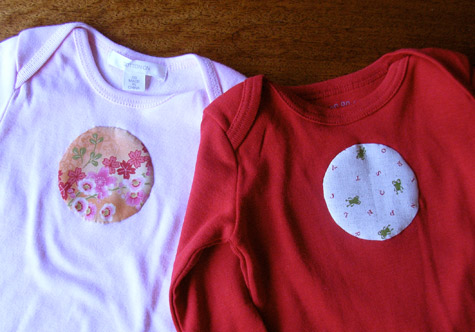 I might even have more to show you tomorrow.