Mr Matching Pegs (Luke) put in quite a bit of work to solve my photo uploading problems, so now I can show you an odd assortment of school holiday fun (the kids went back to school/kinder today). 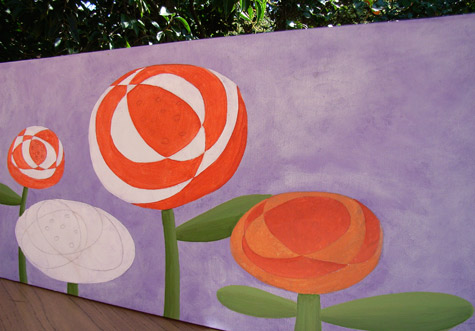 Above is a look at my updated flower painting.  I am much happier with the leaves (which used to be Kermit green) and have found a better red colour for half the petals of the flowers (which are just under-painted at this stage).  I still have to mix up a colour I am happy with for the other half of the petals, hence the harlequin look.  As much fun as I had, the whole painting experience was brief and frustrating – the kids just wanted to paint on my canvas too. 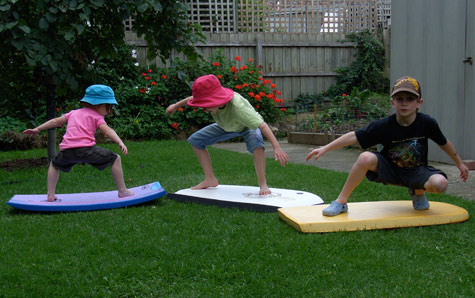 This is a photo from the start of the holidays.  The kids spent a whole afternoon playing surfing in the back garden. 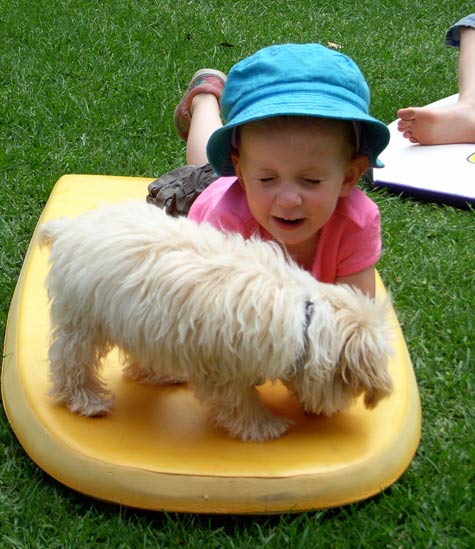 They tried for ages to get Lotta surfing too.  Eventually it worked. 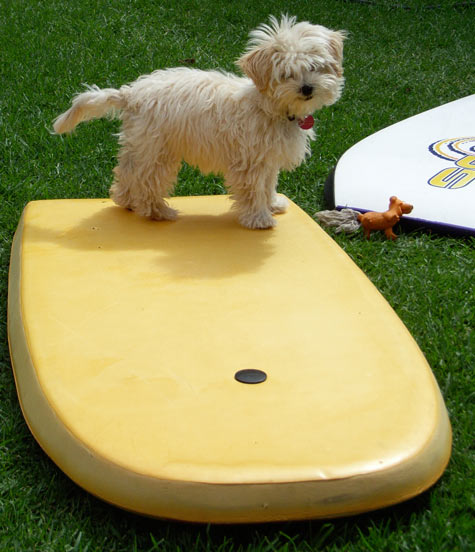 I was pretty impressed with their imagination.

On Friday we spent the day at the Healesville Sanctuary – a zoo dedicated entirely to Australian animals.  We had a lovely time, and saw all our favourites.  Mine was the Platypuses, whose enclosure was in twilight, as they are nocturnal – so sadly, no photos. 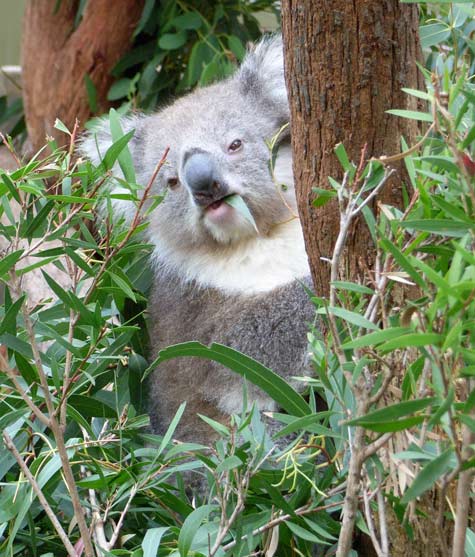 This Koala (female) is called Prickle.  We heard her keeper talking to a lady (I took to be a wildlife rescue volunteer) who first cared for Prickle, after she was found as a baby at the bottom of a tree.  According to her, Prickle was actually named Bindi for her spiky nature (Bindi-Eyes are a nasty prickly plant that often turn up in your lawn in some parts of Australia – they are originally from South America) and she was renamed by the Sanctuary – I wonder if it is because of Bindi Irwin that she was renamed? 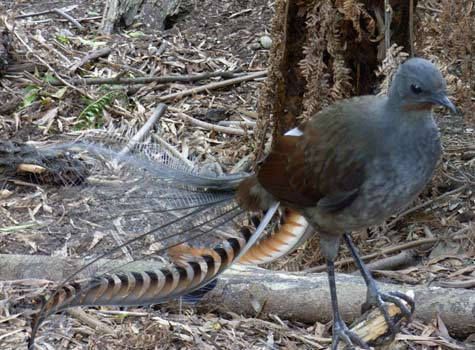 This elusive creature is a Lyrebird – the one on the 10 cent piece.  Known as birds that copy the calls of other birds, they have been known to copy the tones of a phone ringing, or the sound a chainsaw makes.  This one was following a man around who had been playing it R2D2 noises via his mobile phone.  Unfortunately it was too busy listening to give us a serenade.

Today we had an interesting creature of our own at home. 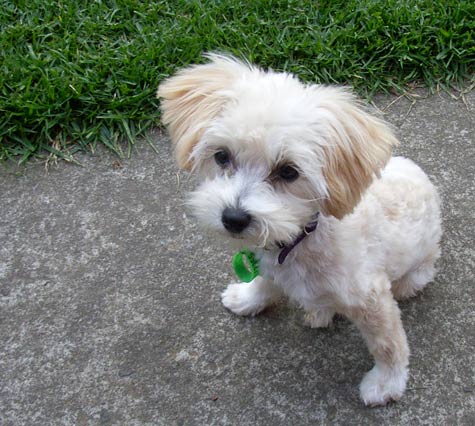 Our very own Lotta had her first haircut – it was done at the Vets and was MUCH shorter than I expected.  She looks very different (and slightly ridiculous).  Tomorrow she is officially allowed to go for a walk, as she had her last shot a week ago.

Here ends the photo update.  Seen any interesting creatures around your way lately?