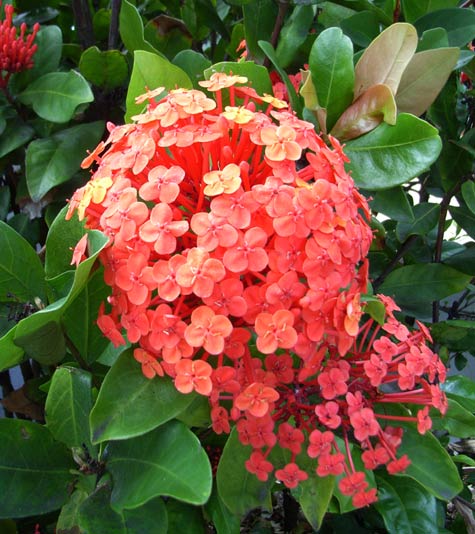 On the morning of the wedding, I had organised to meet up with Lily, of Block a Day for a cuppa.  Thanks to Lily’s generous hospitality, it turned into a luscious morning tea for the whole family.  She laid a beautiful table with fine china and linen – I wish I could show it to you, but I was silly enough to leave my camera back at the hotel.

Our visit with Lily was like a little bubble of calm, in an otherwise hectic day.  The kids had a lovely time with Abigail, and we discovered that Lily’s husband, Julian, had worked one floor up from me about 9 years ago, when the family briefly lived in Melbourne.  It is such a small world.

During our conversation we were talking about homes, and I described our house as a triple fronted brick veneer – a term familiar to most Melbourne residents – many of our suburbs are full of them.  Lily didn’t know what that meant, so Lily, here is what our one looks like…. 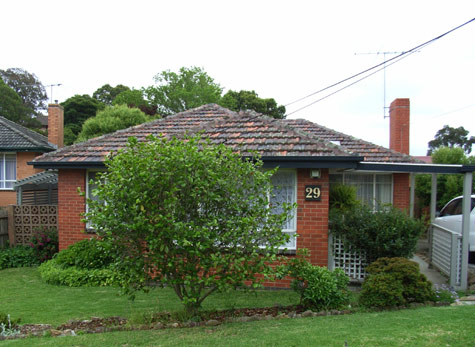 The triple front relates to the three “front facing falls”.  It is hard to tell from the photograph, but the faces stop at three different depths from the front of the property.  Here is one way these homes have been described…..“This style dominated suburban architecture in the 50’s – 60’s. In its basic form it is a bland and unimaginative style which has been propagated by developers”. It is a pretty basic, humble home, but it’s ours, and the inside is a little more interesting.  It doesn’t compare to the beautiful “Queenslander” that Lily’s family is living in, but one of those would not really work in the much colder south.

I am always in awe of Lily’s productivity, and creativity, and her home was certainly full of examples of her talent.  Overall it was lovely to meet a bloggy friend in real life.

Have any of you met up with your bloggy friends?