My Friday Archive post spent most of Friday half written and it is only now that I have gotten to it.  Instead of finishing it, here are some of the things I did….Played with play-dough, Built Lego “castles”, supervised the 2 year old painting (don’t put that brush in there until you wash off that blue first), nipped up to the shops, washed 12 sink loads of dishes, and finally did some sewing.  There were lots more boring things I did of course.

So here is my dip into the archive. 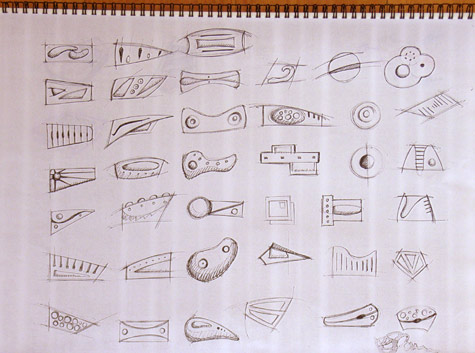 This is a page of sketches taken from my Industrial Design Honours Project in 1997.

My basic idea was that mobile phones are like watches.  They are functional objects we have with us all the time, that should allow us to express our personality through more than just different coloured covers (coloured covers were a pretty new thing back in 97).

Essentially, 11 years ago I came up with, and explored the idea that the phone handset would just be a touch screen with only a couple of buttons, and there would be a separate interactive part (think blue-tooth) that would function as the hearing/speaking unit (back then we did not have blue-tooth).  This separate wearable unit could come in a myriad of different designs, ranging from expensive pieces of jewellery, down to kid friendly plastic pieces – much in the way watches range from expensive gold and platinum through to “Dorothy the Dinosaur” kids watches.  The wearable unit was based on hearing aid technology, and could communicate wirelessly with the hand piece, and, like hearing aids, didn’t need to be very big.  The microphone did not have to be held adjacent to the mouth, etc.

Somewhere I have a bunch of models of different “jewellery” interactive units (which is what this page of sketches is of). Some were to be worn like necklaces, others were brooches, tie-pins, and I also had a couple which were to fit onto the side of eye glasses.  The point was that once you designed the technology, you could commission artists and jewellery makers to come up with new designs, to allow people true self expression.

For the past 11 years I have watched phones come closer to my idea, but no one has run with the jewellery thing. It is only a matter of time – but remember, you read my garbled account of it here first!

Here is the sewing I did yesterday afternoon. I took these… 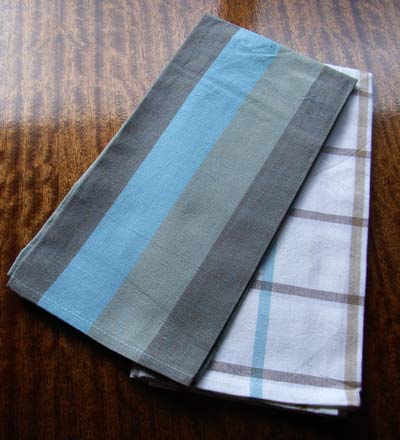 Added some Needle turn applique, and created these for my friend Carolyn’s new home. 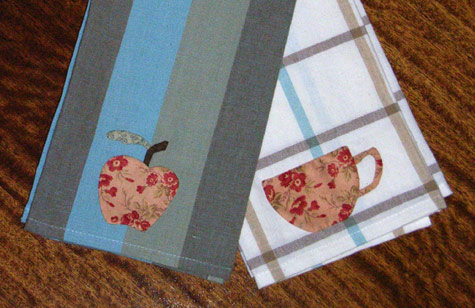 Quite a satisfying little project.

This morning the kids have had swimming lessons, so this afternoon I am heading to my parent’s house to wash the chlorine out of the towels and bathers.  Hopefully this is the last load of washing I will have to do off site.  Then it is Roast Lamb for dinner, yum.

Have a great weekend everyone.

One thought on “Friday Archive a day late”