For some weeks now we have been aware that Amelia was to play “a Queen” in the upcoming Grade-Two production “Fossil Rock”, and that she would need a nice skirt and shirt, but the school would provide a cape and crown.

While I did wonder what a queen would be doing in a play about dinosaurs, I thought I had it covered. We found a slightly large white lacy shirt that had been handed down to Amelia from a friend, and we pulled out the long pink skirt that I had made Amelia for last year’s trip to an old time settlement.

The other day we received the list of costume requirements, and I discovered that she was actually playing this great lady………….. 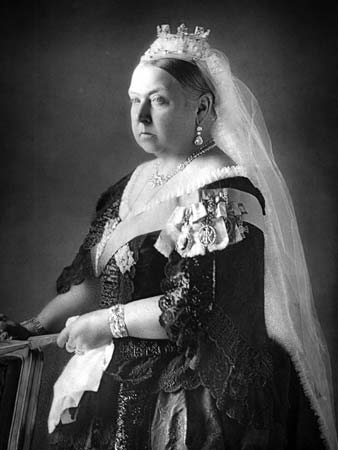 Queen Victoria knighted Sir Richard Owen (the man who coined the term “Dinosaur”) in 1884 – and this will be commemorated in the play.

A pink skirt wasn’t really going too cut it. Queen Vic spent the last 40 years of her reign wearing black, in mourning for her husband. In other words, she was in mourning when she knighted the Dinosaur man.

After a trip to Lincraft, which did not have much is the way of affordable, suitable costume options, I settled on a piece of grey drill, figuring I didn’t need to be too literal with the black. The only black they had that was cheap enough was Poly-cotton, which I loath, everything else was about $8 a m or more (It was for a one wear costume after all). At least grey was more stately. I also got some lace trim to tie it in with the lacy shirt. 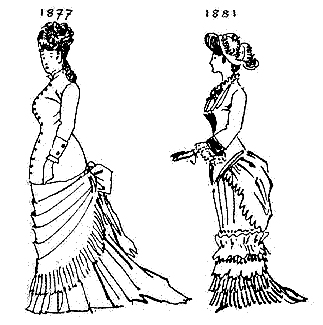 Not having the skill or budget to recreate the Queen’s voluminous look, I hunted around for some other looks of the period (1880s).

I thought a slimmer silhouette, and just a little bit of trim, similar to this look. 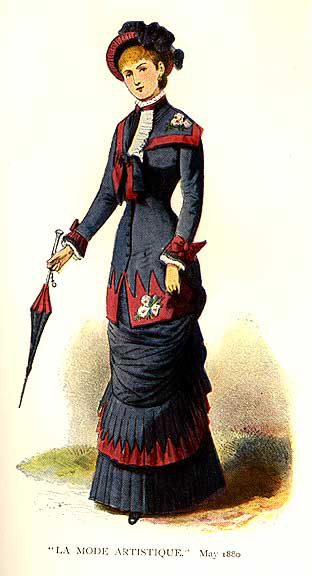 I really like this image, and even the colour was similar to my fabric find – grey with a hint of blue or purple. 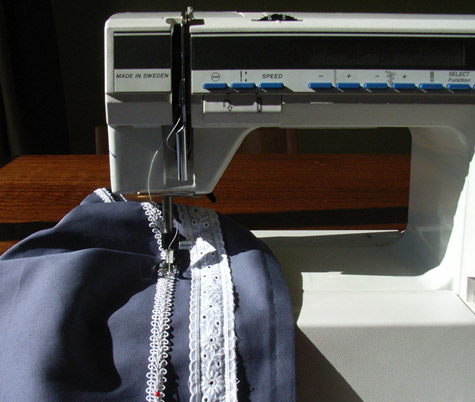 So this afternoon I sat in the sun at the kitchen table and applied the lacy trim to the bottom of the skirt. I plan to make an elastic waist, and then make a wide separate “belt” to tie over it (at the back) to give the illusion of a high waist. I will need Amelia home for that part though. The lacy white shirt will froth over the top, and this will hopefully go well with the cape and crown.

The Autumn sun today was so glorious, it was the kind of day where you are just glad to be alive, drinking in the sunlight. While I had a nice hot cuppa, I enjoyed the sight of a line full of washing, lazily flapping in the warm air, and the knowledge that there will be no damp washing cluttering up the place tonight. 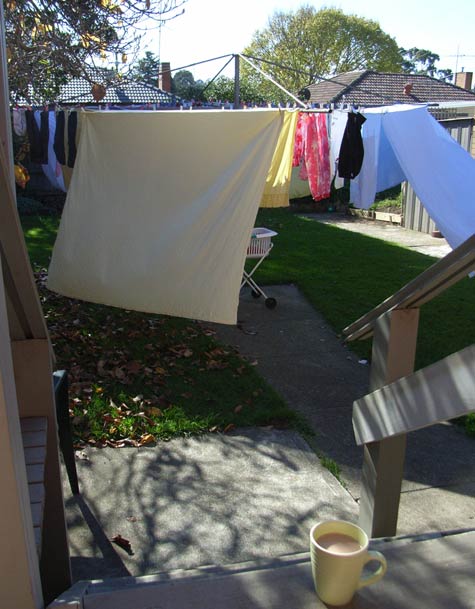 One thought on “A Queen”