So I seem to have fallen in a blogging heap lately, not posting as often as I would like. In my defence, lots has been happening in the Matching Pegs household – not all of which would be very interesting to read about. One thing of note is that Luke has a new job starting in a couple of weeks which we are very excited about. This has meant he has been working very hard to finish up properly at his current job, and has not been getting home until very late for the last two weeks.

Luckily, this weekend the two of us are getting away to a swanky city hotel for a night to celebrate our 10th anniversary tomorrow, (thanks to Mum and Dad who are looking after the kids).

I am still not sewing much, to try and give my arm a rest – it is getting better though and I am itching to give it a real workout! As a result, I don’t have any interesting work to show for myself, so I thought I would show you another treasure that I have from my wonderful Grandma. 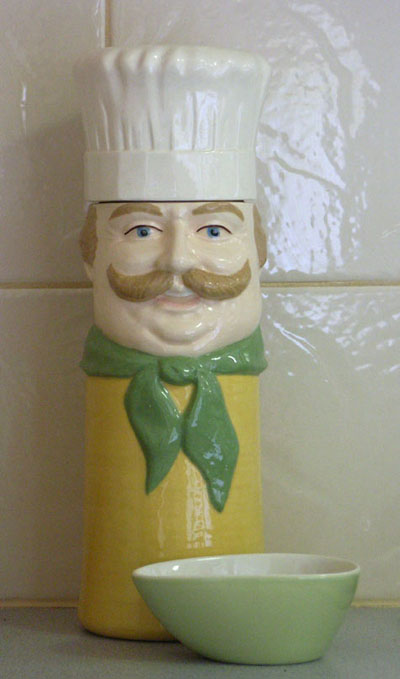 This is my Cooking Man.

Although I believe he was intended to hold spaghetti, he is empty – his most important job is to smile encouragingly at my cooking efforts, from his post beside the stove, and to remind me of my Grandma, (in whose kitchen he used to live). I don’t know how old he is, or where he came from, (The name scratched into his underside is Macky) or whether he is worth anything. None of that matters, he is a Treasure because he came from Grandma (My Grandmother passed away 7 years ago on Sunday, so she is on my mind). 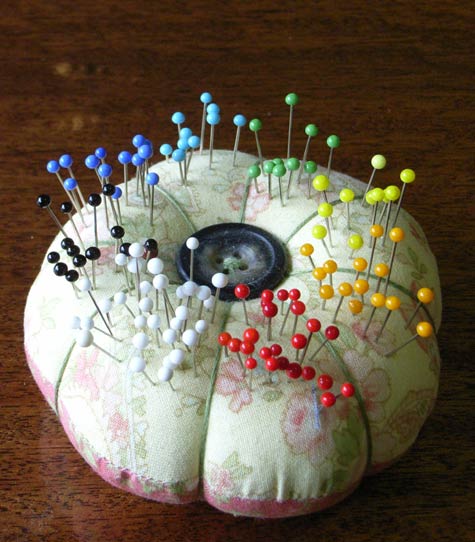 Here is somthing else that my amuse. Not only do I match my pegs, but my pins as well. I use a complimentary colour to the fabric that I am pinning (but one with enough contrast to stand out) and when I run out of one colour, I switch to the next and keep pinning.

This trait seems to have been passed on – these are Amelia’s pins that she won as part of her prize haul. She doesn’t really use them yet, but don’t they look delecious! 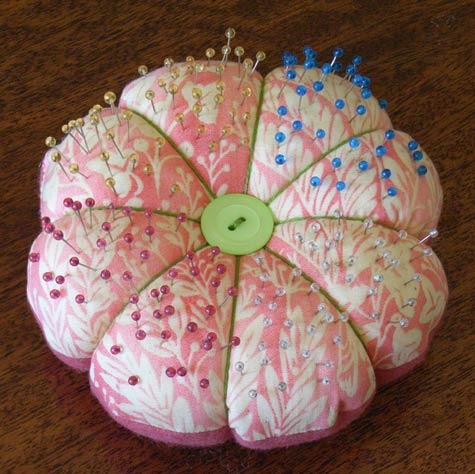