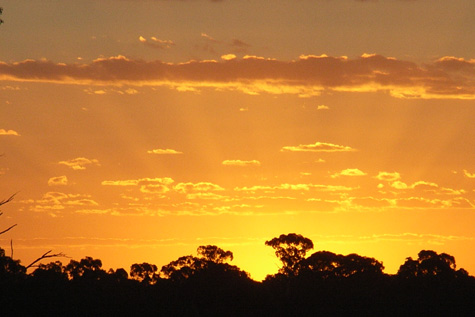 I have been writing and rewriting this post all week…

Andrew Denton’s interview show “Enough Rope” has a slogan, “Everyone has a story”.

Last week he touched on my story, my family’s story.

Among the stories of celebrities, Andrew shows us stories that do not get much coverage. Last Monday his show was called “Angels and Demons” and was about living with mental illness. I have a close family member who has schizophrenia, and other members of the extended family who have this nasty illness as well.

Andrew treated the people that he spoke to with dignity, and let them tell their stories in their own words. Together with the people he spoke to, he shone some light on to what living with “Angels and Demons” can be like. The more people that talk about this, the better. We need to break down some of the stigma that gets heaped upon people that already have enough to deal with.

I am profoundly grateful that Andrew and the Enough Rope team have made this show.

I don’t really want to say more here on this blog, as this blog is really a place for me to show my creations, but wanted to publicly acknowledge Andrews contribution, and my gratitude.