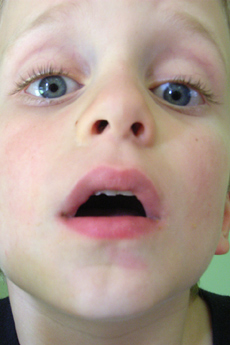 This morning Rory managed to have a trampoline accident without even being on it – he ran into it, chipping his two front teeth on the metal surrounds.

They don’t look as bad in this photo, I did not want to torment him getting a better shot.

His top-right big tooth has also descended a bit and is quite loose. The dentist was not sure if he would loose it as a result. If he is anything like his older sister, he is not due to loose it for another two years, so I am hoping it will hang in there.

Thank goodness they were not adult teeth!

The whole thing was quite scary and dramatic – lots of blood, but the outcome is much better than it first appeared. When I ran out, to the sound of his screams, and saw him lying on the ground with blood coming out of his mouth, I wasn’t sure if I would need to call an ambulance, and sent Amelia straight in to get the phone. 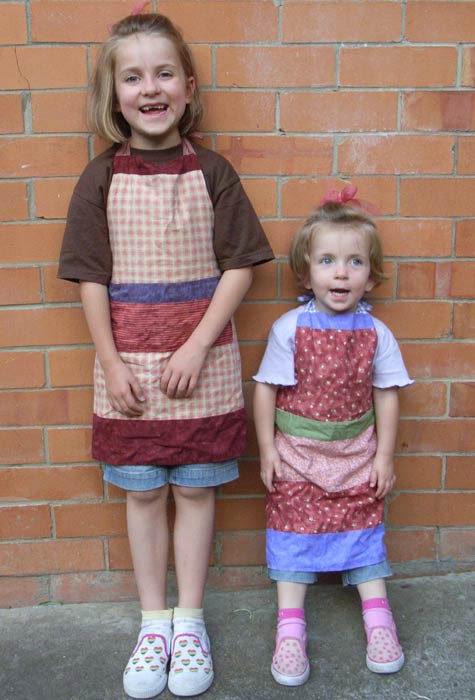 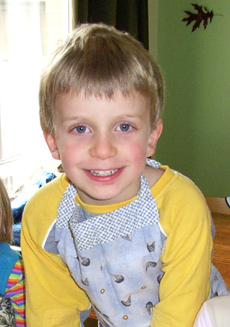 On a lighter note, Rory has been invited to two birthday parties at the end of the school holidays, and I am wondering about gifts. I have often made aprons as presents for children. I have enquired, and at least one of the boys in questioned does not like to cook, so I need a new idea.

Last night Luke made fresh pasta with the kids.

The girls let me take a photo of them in their aprons, but this one of Rory was taken about 7 months ago. I have made about 20 of these all up, and each one is different.

My fallback present will be a book.

What would you give to a 6 year old boy?

2 thoughts on “An accident and some aprons.”